All about Devi Sita 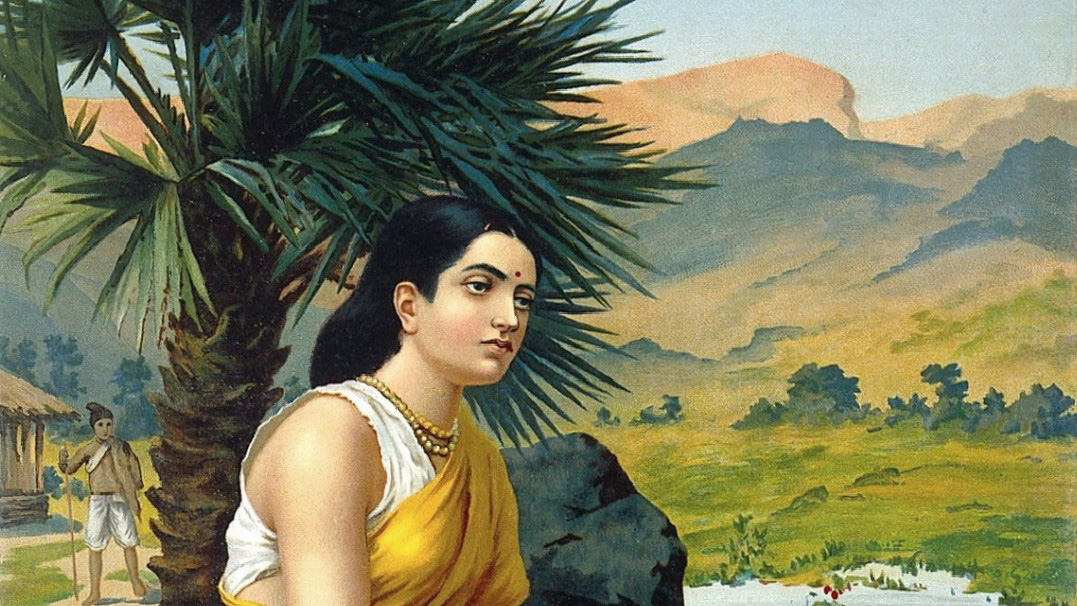 Devi Sita is a well known Hindu Goddess acknowledged for her courage, purity, dedication, loyalty, and sacrifice. She is the silent figure of strength in the Hindu epic, Ramayana. She is the epitome of devotion as a wife, daughter, and a mother. She led a life full of trials and tribulations with strength and courage. She has a strong sense of individuality around her, hence she is a subject of generational curiosity and research.

Goddess Lakshmi (Goddess of wealth and prosperity):  the consort of Lord Vishnu in the Treta Yuga.

Vedavati: A tapasvini (female ascetic), devotee of Lord Vishnu in previous birth who entered blazing fire when Ravana tried to molest her.

She is also worshipped as an agricultural and fertility deity, prayed to for bountiful crops.

“Auspicious Sita, come thou near: we venerate and worship thee that thou mayst bless and prosper us and bring us fruits abundantly.” – Rig Veda 4.57.6

I bow to Sita, the beloved consort of Sri Rama, who is responsible for the creation, sustenance, and dissolution (of the universe), removes afflictions and begets all blessings. — ShriRamcharitmanas, Balkand, Manglacharan, Shloka 5

Devi Sita you are the destroyer of poverty and bestower of wishes on the devotees. I salute you : you are the daughter of Videha Raja and cause of joy of Raghava (Sri Ram)

Devi Sita I salute you: You are the daughter of Earth and embodiment of knowledge; You are the auspicious Prakriti (nature)

You are the destroyer of power and supremacy of oppressor and fulfiller of the wishes of Devotees. You are an embodiment of Maa Saraswati (Goddess of Knowledge)

Your different forms are a source of joy to all, You are the Sati (a devoted wife) whose presence is auspicious and confers Siddhi (attainment) and Liberation,

I Salute the Mother of the Universe, Who is the beloved of Lord Rama,

I always worship You in my heart Who is beautiful in entirety and you are beautiful beyond words.

The legend behind Devi Sita’s birth is divine and supernatural. She did not emerged from a mothers’s womb, rather she appeared miraculously in a furrow, while king Janaka was ploughing the field as part of Vedic ritual in the kingdom of Videhas (also known as Mithila), an ancient Indian kingdom in late Vedic India.

This site is now located in present day district, Bihar, India. She was discovered and brought up by king Janaka, the king of Mithila and his wife Sunaina (Valmiki Ramayana).

Janakpur, which is located in the present-day Province No. 2, Nepal, is also described as Devi Sita’s birthplace.

According to Sanghadasa Jain version of Ramayana and Adbhut Ramayana Sita was born as a daughter of Ravana, the astrologers predicted that the first child of Vidyadhara Maya (Ravana’s wife) will destroy his lineage thus Ravana abandons her and orders the infant to be buried in a distant land where she is later discovered and adopted by King Janaka.

Vaidehi — daughter of Vaideh, a sobriquet of Janak due to his ability to transcend body consciousness.

Sia — in local Hindi dialect like Braj or Awadhi

Bhusuta — a combination of two words Bhu, which stands for prithvi (earth), and Suta means daughter.

When Sita had come of marriageable age, king Janaka arranged her a swayamvar (a ceremony where the prospective bride chooses her own groom from among a group of suitors who attend the ceremony).

The condition was whosoever strings Pinaka (Siva’s bow) will get Sita’s hand.

However, there is an associated legend to this condition, as per the Tulsidas Ramayan. When Lord Parshuram witnessed Devi Sita playing with the mighty bow (Pinaka) in a very tender age, he was stunned by her strength as even the Gods could not lift that bow. Witnessing this, Valmiki advised King Janak that when the time arrives Sita should be married to the one who had the courage to string the mighty bow. Only Lord Rama amongst all the suitors could string Lord Shiva’s bow and hence won the swayamvar.

Devi Sita had the courage to renounce the comforts of the palace and join Rama in a fourteen year exile in the forests of Dandak and later Panchvati.

Choosing exile was her own personal decision and she was firm and outspoken about it. She did not find the forest exile fearful. Sita was later abducted from Panchvati by the demon king Ravana.

During her captivity days she even challenged Ravana to cross the strand of straw placed between them. This shows she was a woman of substance. In the captivity of Ravana in Ashoka Vatika when Hanuman came looking for her, she chose Hanuman not to carry her back to her husband, Lord Rama. She was optimistic that her husband would rescue her.

After getting rescued by Lord Rama, this divine Goddess decided to give Agni-pareeksha (an ordeal of fire) to prove her chastity. She is very clear about her position as giving Agni-pareeksha was a very powerful stance and not an act of weakness. This was the courage and grace of Devi Sita.

Lord Rama was forced to heed the words of his praja (local residents of Ayodhya) and in order to protect the moral fabric of his kingdom he asked Sita to leave the palace on account of spending months in the territory of another man (Ravana).

Devi Sita makes the point that it is not only humiliating to her but the entire female community to justify her purity yet again. Devi Sita here is presented as an embodiment of courage, wisdom, and perseverance.

Now Devi Sita faces yet another exile but this time she was all alone. She took refuge in the hermitage of Rishi Valmiki where she delivered twin boys named Luv and Kusha. She raised her sons as a single mother and the boys grew up to be vigilant and bright. It was the immense love and dedication of a mother which got reflected in her son’s aura.

When Luva and Kusha got united with their father (Lord Rama), Sita refused to return to the kingdom of Ayodhya. Devi Sita took final refuge in the arms of her Mother Earth. Mother Earth dramatically split open and took Devi Sita away.

Sita Navami / Sita Jayanti — Sita navami is celebrated as the birth anniversary of Sita Mata. It falls on Navami tithi (ninth day) during Shukla Paksha (white bright lunar fortnight) in the month of Vaisakh. On this day women keep fast for their husband’s long life. This day is celebrated with great pomp and show in Sita Samahit Sthal in Bihar, Ayodhya (birth space of Lord Rama), Rameshwaram in Tamil Nadu and Bhadrachalam in Andhra Pradesh, India.

Vivah Punchami — This festival commemorates the wedding anniversary of Ram and Sita and is observed on the fifth day of Shukla Paksh (the waxing phase of moon, Hindu calendar month of Agrahayana, December-January). The celebrations are notable in temples of Lord Rama all over India, particularly in Mithila (Devi Sita’s birth place) and some parts of north India especially Ayodhaya (Lord Rama’s birth place)