The dharma of Cesar Chavez
On The Issues

The dharma of Cesar Chavez 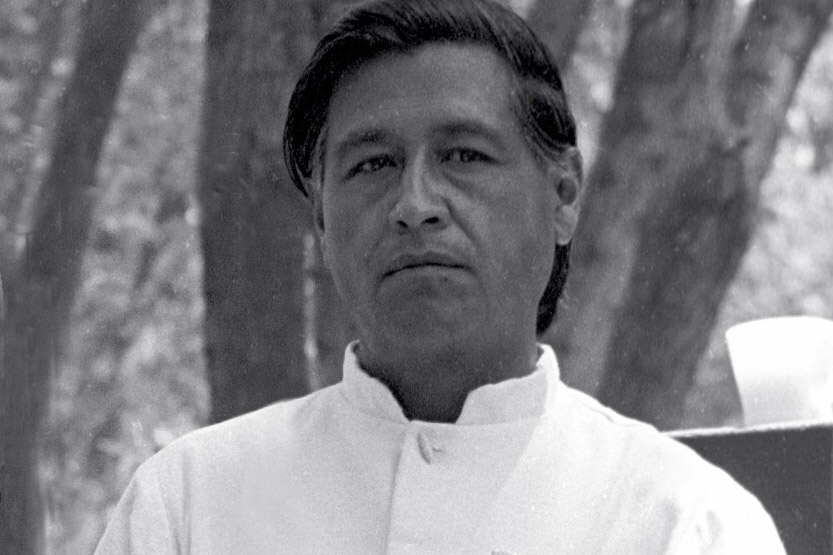 As the biopic of civil rights icon Cesar Chavez opened in theaters this past weekend, I couldn’t help but wonder how little Americans truly know about the man who inspired a movement.

Indeed, Chavez’s personal life in many ways matched a public persona that has made him the symbol of social justice movements for more than half a century. He was a man who lived according to his dharma, fighting for social change and at the same time, personal spiritual advancement.

The film’s star, Michael Pena, noted that Chavez’s spirituality informed his labor organizing amidst brutal resistance from wealthy farmers and corporate interests. A devout Christian, Chavez was inspired by Mahatma Gandhi and lived his life on the dharmic principle of ahimsa (do no harm).

So committed to ahimsa was Chavez that he was a committed vegetarian, noting in one of his final public speeches that, “We cannot hope to have peace until we respect everyone – respect ourselves and respect animals and all living things.” Chavez’s love for all living creatures, and his personal commitment to respect all forms of life, was emblematic of someone who was able to reconcile his public persona with private dharma.

This doesn’t mean that Chavez was perfect, as the film highlights. For example, one of Chavez’s great struggles was overcoming his sense of patriarchy and finally relenting to allowing his wife Helen to join him on the frontlines of the farmworker protests. Indeed, all great souls have flaws, and Hindu philosophy embraces the imperfections of living beings as they go through their life journeys. But in understanding the legacy of human rights icons, it’s often difficult to get to know the person behind the persona. For leaders such as Gandhi, Martin Luther King, Jr., Nelson Mandela, and Mother Theresa, their supporters often whitewashed or downplayed their personal struggles in an effort to lionize or sanctify them. But it’s those personal struggles that shape great souls, and allow us in retrospect to appreciate their adherence to dharma.

This is why examining how Chavez’s personal principles influenced his public life is vital to appreciating his life’s legacy and the expanse of his impact. When we do, we realize what a great soul he truly was. More importantly, just as Chavez was proud to be a Gandhian, perhaps future generations of social justice activists, informed by their spiritual calling and personal dharmas, can be proudly be known as “Chavezites.”