Lahore was once a center of Hindu culture. That culture now hangs by a thread.
EducationLiving Dharma 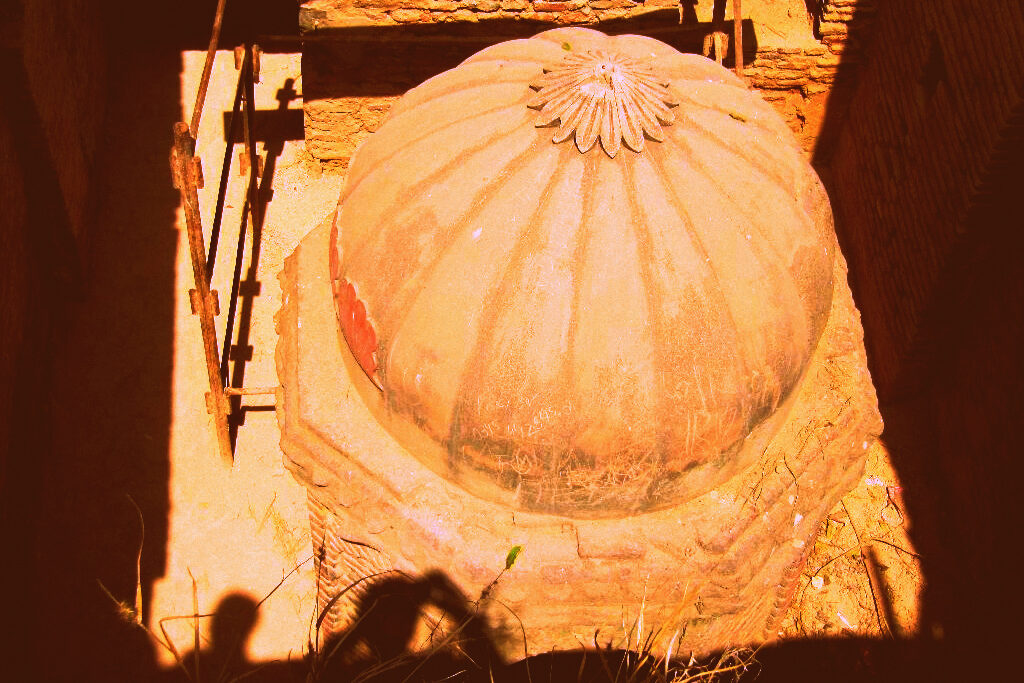 An initial impression of Lahore bears no surprises for the first-time city-goer who has even the slightest knowledge of the region’s socio-cultural fabric.

From its various monuments, like the revered Badshahi Mosque, to its signature street markets, like the popular Anarkali Bazaar, the metropolis, dominated by the landmarks of its Muslim-majority demographic, appears on the surface exactly as advertised: an emblem of Pakistani nationalism.

And as capital of the country’s most populous province, where the Muslim League first advocated for a separate Islamic homeland, the city’s historic import in the creation of Pakistan further highlights it as an Islamic hub — so much so that is is often referred to as the heart of the nation.

Of course, this is the Lahore of today — Pakistan’s Lahore.

Somewhere in the depths of the city that exists now, there exists yet another one that, as anthropologist Haroon Khalid states in his book Imagining Lahore: The City That IS, The City That Was, is “as real as the one described above, yet hidden….”

There are, he writes, “tangible traces of that other city: an abandoned Hindu temple in the midst of a crowded market, an old colonial structure surrounded by glass-fronted plazas. Mostly, however, that city exists in folk tales, stories, and legends. These stories are scattered all over Lahore, at its junctions, around its monuments, underneath its roads and gardens, in the lives of people, in the courtyards of Sufi shrines or within abandoned Hindu temples.”

The Lahore he’s referring to, naturally, is not only the Lahore leading up to pre-Partition, when it was still a religious and ethnic multiplicity, but the Lahore of ancient times, of which little is known, but which the remnants of still exist, as blurred windows into a past that can only be, as Khalid puts it, “imagined.”

Situated in the Lahore Fort, a citadel that houses a medley of structures from different periods in the city’s history, stands one such striking remnant, an abandoned temple — a small hexagonal structure made of brick and topped with a dome — dedicated to the Hindu deity Lava.

According to oral tradition, it was Lava (son of Rama, an incarnation of Vishnu and the protagonist of one of Hinduism’s great epics, The Ramayana), who founded Lahore, once called Lavapuri (the city of Lava), and his twin brother, Kush, who founded its twin city, known today as Kasur.

Whether the origin of Lahore really goes back to a time of gods and goddesses, the greater region the city existed in was, in fact, ruled by Hindu dynasties before being taken over by Muslims in the 11th century CE, and many historians agree the city was probably founded by an ancient Hindu colony, though almost nothing is known of its ancient past.

Fortunately, there are references, albeit few, that discuss some details of the city prior to the Muslim invasion, the earliest coming from none other than the second-century Egyptian astronomer and geographer Claudius Ptolemeus, famously known as Ptolemy.

In Geographia, his book detailing the world’s geography, he mentions a “great and grand city” known as “Labokla,” which, based on the similar name and location, was later identified by historians to be Lahore.

Then, in the seventh century CE, a second reference to Lahore can be found in the journals of Chinese scholar and pilgrim Hiuen Tsang who, upon visiting the region, speaks of a large city comprising many thousands of Hindu families.

And finally, the last most notable reference can be found in yet another geography book, this time Persian, called the Hudad al-Alam, considered to contain the oldest authentic document regarding the city. Written in 982 CE by an anonymous author, it refers to Lahore as a shahr (city) with “impressive temples, large markets, and huge orchards.”

Needless to say, however far back Hindu culture goes in the city, and however prosperous it once was, the presence of this culture began waning with the Islamic conquests of the region.

But because there was an innate fluidity of religious beliefs among the people who lived there, Islam and Hinduism, along with other religions, like Sikhism, were able to exist together under a favorable climate of diversity, as the followers of each often shared sacred shrines and spaces of worship.

Unfortunately, this climate began deteriorating under the British, whose imperial policy of “divide and conquer” fomented a spirit of divisiveness between Muslim and Hindu communities, tragically culminating in the two-nation theory that fueled Partition, of which Lahore was at the forefront.

Demarcated as part of the newly formed Muslim nation, the city’s demographics changed drastically, as thousands of Hindus — facing death, rape, and the destruction of properties by Muslim rioters — fled to India.

According to Lahore’s 1941 census, Hindus and Sikhs were at the foundation of the city’s  merchant class, making up roughly 40 percent of the population, a number mirrored by the many temples and gurudwaras at which they regularly congregated.

Following decades of persecution, that number is now at one percent, as Hindu culture in Lahore barely hangs by a thread.

The temples, once abuzz with throngs of devotees, now lie desecrated and abandoned, and Hinduism, a religion that once permeated a city that now hosts 11 million people, survives in just two publicly functioning temples — the Krishna Mandir on Ravi Road, and the Valmiki Mandir (named after the sage who is said to have first narrated The Ramayana) in New Anarkali.

After being severely damaged by Muslim rioters in response to the 1992 demolition of the Babri Masjid in India, both were consciously reconstructed, for safety’s sake, to blend in with the city’s architectural milieu, and so, from an outside perspective, exhibit almost no external markers of a typical Hindu temple.

This, however, does not reflect the powerful cultural spirit found within them, which fuels regular programs, including the celebration of many of Hinduism’s most popular holidays. It’s during such festivals that the distinct tenor of their congregations really manifest, particularly in the Valmiki Mandir during the temple’s largest gathering, Valmiki Jayanti.

Because many Hindus officially converted to Christianity after Partition to avoid discrimination, a majority of the congregation is made up of devotees who, having adopted a new religion while preserving the faith of their old one, honor the traditions of both, thus displaying a spiritual fluidity reminiscent of old Lahore.

And since chief Muslim scholars and leaders also attend some of the festivals upon invitation as honored guests, the pluralistic mood of pre-Partition is all-the-more invoked, appearing to the first-time visitor as an anomaly in a city where the religious dynamic has grown persistently rigid.

But, of course, it’s more than just an anomaly, it’s the rich legacy of a Lahore that once reigned but now lives beneath the surface. The spirit of this Lahore may not be as prevalent as it once was, but it is as strong as ever in the people who imbibe it.