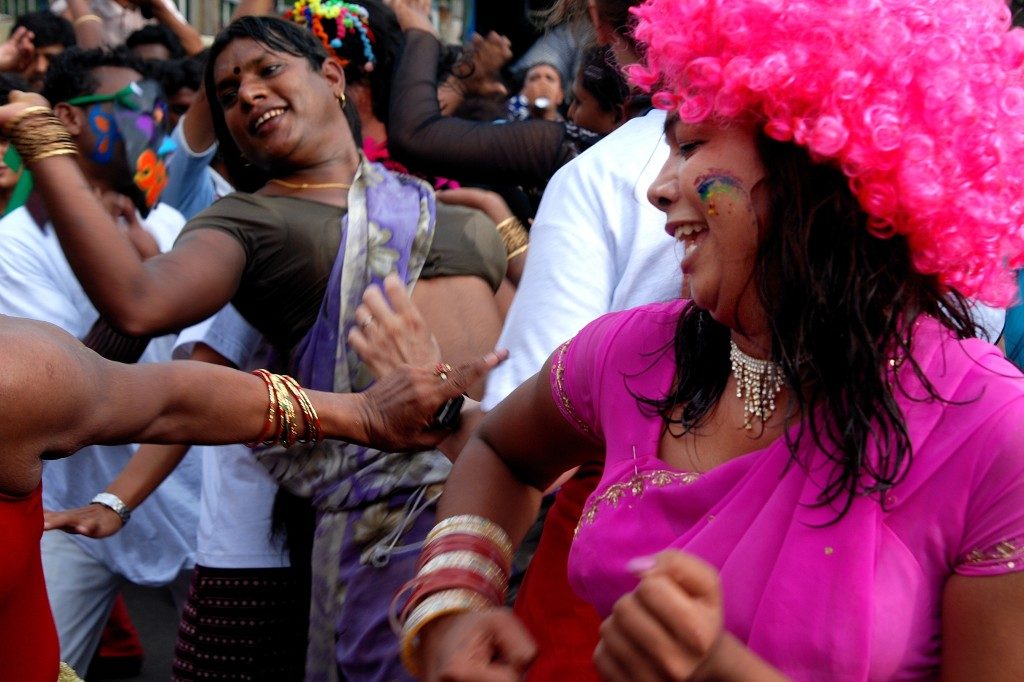 In the wake of Pride Month, it’s worth having an honest conversation about the standing of the LGBTQ+ community in Hinduism.

In India, same-sex relations remain punishable by colonial-era law, and modern Indian homophobia continues to shape Hindu communities across the United States. However, there is no conclusive Hindu scriptural basis for intolerance towards people of any sexual orientation or gender identity. In fact, a regressive attitude runs contrary to the spirit of Hindu philosophy.

Dharma — not set in stone

Dharma, one of the central tenets of Hinduism, refers to the natural order of the world. It is an elastic concept, ranging from the molecule to the cosmos; the dharma of sugar is to be sweet just as the dharma of a soldier is to fight for a righteous cause.

Whether an action is dharmic, rather than being defined by scriptural injunction, can depend on the doer, the circumstances, the consequences, and the time.

The Bhagavad Gita takes into account the highly individualized nature of dharma, advising us not to slight our own and assume someone else’s. In fact, our own dharma poorly performed (or poorly received) is still preferable to anyone else’s well-performed (18.47). In this way, the Gita tells us to act as instruments in the workings of dharma, of our true nature, even if that means resisting fickle — and perhaps flawed — societal standards.

Of course, we humans are fallible and can’t be certain of even our own dharma. But this, rather than prompting us to ignore ourselves, can give us all the more reason not to accept the narrow definitions of dharma that others seek to impose upon us. It is human arrogance to assume that we know best; Hinduism advises resoundingly against such arrogance.

We all have our own path in life, so how can we expect any one-size-fits-all approach to suffice?

To me, this necessitates openness and exploration, in the quest to find what best aligns with us — the essence of the LGBTQ+ community.

Romance as God created it

The Hindu arguments around homosexuality usually center on the purpose of sexual relations. If we consider sexual attraction to be created for the sole purpose of procreation, then only heterosexual relationships can be considered dharmic, or “natural”—romance as God intended.  This reduces homosexual activity to some sort of breach of natural order, for the mere sake of carnal pleasure. This argument falls hopelessly flat. If only productivity mattered, why would God bother to create gayness at all?

The fact is that gayness, as well as gender variance, exist. They occur naturally. Whether or not we’re all willing to celebrate them, we must at least acknowledge them as realities to be reckoned with. Besides, who are we to argue about what is natural, or “meant” to be? Our only evidence that something was meant to be is that it has happened. Indeed, gayness has happened; homosexual behavior has been observed in over 1,500 animal species, and human same-sex relationships arise and flourish. Likewise, according to the National Institutes of Health, at least one million Americans identify as transgender, and science tells us that sex and gender differentiation aren’t as clear-cut as Victorian mores would have us believe. How can we justifiably argue that this wasn’t meant to be?

Unity in diversity, divinity in materiality

Hinduism emphasizes that life, despite the great variety of its physical manifestations, is unified by the divine atman, or soul. The physical body serves as a mere vehicle for the atman, an instrument to express the divinity of life. However, ahamkara or ego, the basis of our individuality, causes us to identify with the material body and obscures our divine nature. Ego, infused into our every thought and action, provides the only barrier between us and the totality of beings.

At its core, any discussion of gender and sexuality is one of physical expression. Though it’s still a dialogue worth having, Hinduism seems to downplay multiplicity, reminding us that the differences between us don’t detract from the divinity within.

Hinduism is about celebrating, even worshipping, what unites us — love, truth, inner light — even while embracing our unique needs. Love, like life itself, can appear to take many forms. But this belies the reality that it has one essence.

Then why does Hindu homophobia persist?

Part of the reluctance of some Hindu leaders to accept homosexual activity stems from attachment to tradition, or fear that any change would evidence the susceptibility of religious institutions to ‘popular opinion.’ After all, why should we compromise values for what seems to be only a trend?

Well, for one, as we have already established, what helps us better live our dharma — which others can’t define for us — does not compromise our values. Besides, the LBGTQ+ community is and always has been a permanent human reality. If anything, the “trend” is the chipping away of the mores of stigma and oppression, and Hindu leaders should be excited to participate in that process. Moreover, it’s an ironic stance to equate adaptability with weakness, when the adaptability of dharma itself makes it so compelling.

All in all, it’s time to stop shaming people for what is out of their control. Why can’t we recognize love as it exists, love in the form that our material nature demands it to be? Love isn’t straight but curving, squishy, and fluid, like any human affair. Imposing straightness on it deprives us of a gray area — or, rather, a rainbow — that we should embrace.

Vivek Tanna is a rising freshman at Stanford University. In high school, he taught religion classes at the local mandir and lectured his school’s social studies department on better ways to teach Hinduism. Vivek runs a Twitter account on Hindu philosophy, @HinduismFromW.