Why Are Journalists So Concerned About Penises in Hinduism? - Hindu American Foundation
On The Issues

Why Are Journalists So Concerned About Penises in Hinduism? 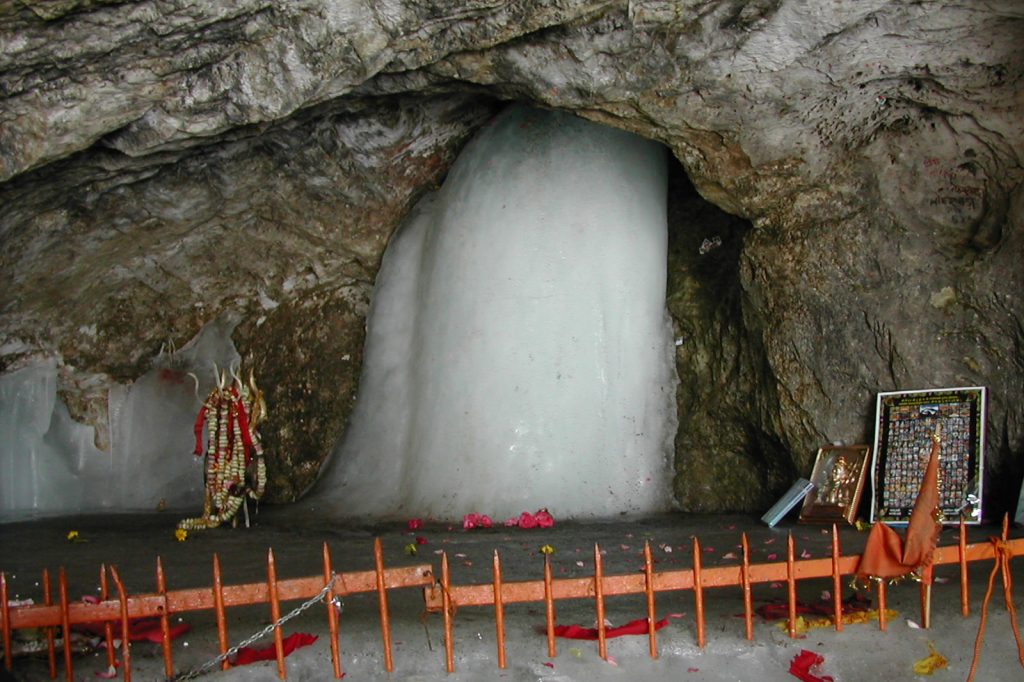 “Every summer, as many as 100,000 Hindu pilgrims make a steep trek to a frigid cave where water freezes into a stalagmite shaped like a phallus, considered to be a symbol of Lord Shiva, the Hindu god of destruction.”
— The New York Times

“Every July, thousands of buses, trucks, cars, mules, and palanquin bearers crawl up 12,768 treacherous feet of mountainous terrain to reach the Amarnath cave, where a smooth ice stalagmite dedicated to the Hindu god Shiva reaches up from the cave floor. The devotees heading for this linga (a Hindu term for venerated, somewhat phallic objects) are making one of the most dangerous pilgrimages in India.”

“These are unexpectedly happy days in conflict-torn Kashmir. Tourists flock from India’s sweaty plains to gasp the mountain air. Srinagar’s hotels, houseboats and cafés are crammed. Jetskis roar over the once-tranquil Dal lake. Hordes of Hindu pilgrims trek, unmolested, to a sacred penis-shaped lump of ice at Amarnath, a cave temple.”
— The Economist

It’s summer here in the Northern Hemisphere which means it’s time for the Amarnath Yatra in the Indian state of Jammu and Kashmir, an annual Hindu pilgrimage dedicated to the worship of Lord Shiva. Over the course of roughly two months, a couple hundred thousand devotees make an arduous trek to a cave  shrine nestled in the Himalayas where an ice linga forms (pictured above).

The linga is an oblong-shaped object worshipped by Hindus around the world as a symbol of Lord Shiva, the God of Transformation, who is beyond all forms. The circularity of the linga represents the endless, all-pervasiveness of Divinity.

Or, if you are a journalist inclined towards the prurient, the linga is first and foremost a phallic object.

Never mind the fact that at Amarnath one would have to have very poor eyesight and a vivid imagination to see anything phallic in the ice linga. Never mind that in any Shiva temple, the linga is oblong and round in appearance, far more like a smoothed river rock than anything else. Never mind that most ordinary Hindus don’t see a phallus when gazing at the linga, instead seeing the most simple and yet profound representation of Lord Shiva. Never mind that not a single pilgrim making the yatra is thinking that they are making such a hard journey to worship Shiva’s phallus.

It’s clear that few journalists have taken the time to ask actual Hindus (be they pandits, pujaris, or ordinary devotees) what they believe about the symbolism of the linga. Rather journalists, seemingly treating the views of Hindus themselves as suspect, rely on academic interpreters of Hinduism, the majority of whom in the West do not themselves practice these teachings.

If more journalists took the time to prioritize the voices and beliefs of Hindus, we wouldn’t have to continue educating the public about what the linga really represents, or for that matter, explain that we don’t worship the cow as a deity; correct people when they assert that the Bhagavad Gita isn’t foremost about promoting violence; or address any of the other misconceptions that are too often passed off as fact by the media. And these misrepresentations have tangibly impact our community. As HAF’s research on bullying of US school children has shown, there is a connection between how Hinduism is publicly presented and a sense of isolation, plus experiences of harassment.

Perhaps confusion arises for journalists because, yes, the linga may indeed be referred to by some Hindus as a symbolic phallus and the yoni, in which it often rests, a symbolic womb. But the emphasis here is symbolic in the vast majority of ritual contexts. As in symbolizing cosmic creation itself, not representing ordinary biological procreation or intercourse. What about this symbolism is so hard for journalists to understand?

If any major Western media outlet published an article describing the sacrament of Holy Communion in the Roman Catholic church as one in which the faithful engage in ritual cannibalism, there’d be universal outrage. Even though, according to contemporary Catholic doctrine the wine and Communion wafer are not just symbols of the body and blood of Jesus Christ or symbols of what took place at the Last Supper, but rather are transformed into flesh and blood during the ceremony.

Calling such a ritual ‘cannibalism’ would be quickly edited away as needless sensationalism.

Yet, in the case of describing the linga, the editorial judgement is profoundly different—and phallus the linga is.

It’s not like it’s hard to succinctly explain the symbolism of the linga in a way recognizable to devotees and to sum up what the Amarnath Yatra is about. One sentence can easily do it: “Every summer, hundreds of thousands of Hindu pilgrims make the arduous trek to the cave shrine at Amarnath, to worship a naturally formed ice linga, a representation of the Divinity present in all creation and symbol of Lord Shiva.” Done.

So then, when it comes to describing Hindu scripture and iconography why is it at all acceptable that the standard practice is to emphasize the most salacious interpretation rather than the more spiritual and symbolic — especially when the spiritual is more commonly held and just as easy to explain?

Is there really any excuse, in the second decade of the 21st century, where concern is only rising for ridding society of colonial-era prejudices and biases, for the journalistic default to be perpetuation of stereotypical phallic symbolism when the more complex and metaphysically insightful symbolism is both easily accessible and more representative of everyday Hindu practice?

We don’t think there is.