For over a decade, Hindu Americans have been active across the country in trying to get schools and textbooks to present a more accurate assessment of Hinduism.

That’s because Hinduism is often lumped into the history textbooks’ coverage of ancient India, and the grossly inaccurate narrative goes something like this: Aryans migrated into (or invaded) the Indian subcontinent and established Hinduism and the caste system. Hinduism then gets “replaced” by more progressive religions like Buddhism and virtually disappears from mention from history.

As I’ve noted, the complex, diverse, and adaptive global history of Hinduism has been grossly misrepresented for years, and the efforts by Hindu Americans – particularly parents – to get better representation of the faith has been a response to decades of seeing their children bullied in schools. As a second-generation Hindu-American who was bullied constantly, made to feel like an inferior Other, and put on the spot to explain my religious beliefs to my classmates, I never want my future children to have to deal with that trauma. Of course, there are many who share those traumatic experiences.

When the Virginia Board of Education voted last week to adopt new history and social science standards of learning, the revised standards on ancient India were groundbreaking. For the first time, standards of learning in a state refer to the Aryan migrations as in dispute, allowing for a healthier debate on ancient Indian origins. Moreover, Hindu philosophy is also given its own standard line, allowing for an exploration of Hindu beliefs without being tied to Indian history.

The process took over a year, and HAF was involved from the start. We submitted public comments, met with Virginia Department of Education staff to the point where we hugged every time we saw each other, and met with individual board members to explain our concerns about the way the old standards were worded. Virginia education officials were already somewhat attuned to our concerns, since a group of Hindu Virginians traveled to Richmond in 2008 during the Commonwealth’s last curriculum frameworks revision, which is what educators call the “meat and potatoes” of education content. Their efforts led to major changes in the curriculum frameworks and made it easier to help revise the content standards.

Virginia is one of just a handful of states that still do statewide standards of learning and curriculum frameworks adoptions. The standards are the skeleton of what students should learn, while the frameworks are the substantive muscle. These processes are tied to each other and ultimately shape what Virginia students learn after new textbooks are adopted.

Whenever I spoke with Virginia Department of Education staff, they were not only receptive to the information we provided, but were willing to seek out the expertise of academics who could vouch for our comments. The consensus on issues such as Aryan migrations has shifted significantly in the past decade, and we noted that the standards should reflect that shift.

The other inaccurate reference in the old standard was caste. While it is true that the development of a varni/jati system was (and is) a significant part of Indian social history, most textbooks oversimplified and distorted this intricate and non-rigid system into a static and discriminatory “caste” system that it is only practiced by Hindus. In fact, the way caste is described today has nothing to do with Hindu scriptures, which do not sanction caste-based discrimination, and as such, the depictions in content standards and classrooms are deeply problematic.

By removing emphasis on the caste system in the standard (which has been part of the distorted narrative about Hinduism in textbooks) and acknowledging the dispute over the Aryan migration, the Board set the stage for a more robust and accurate understanding of Indian history and Hinduism. They also provided a template by which other states, including California – which is undergoing its own frameworks revision – can highlight these issues in a fair, balanced, culturally sensitive and accurate way. It’s just another step in a long process for greater equity in how Hinduism is depicted in education content and the way the Hindu American community is treated.

In that regard, the Virginia vote – just like the Texas textbook adoption – is a major positive step toward ensuring that Hinduism is treated as a diverse living tradition in the same way that other world faiths are in our schools. 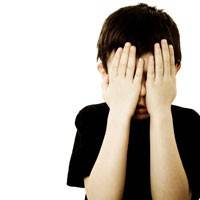