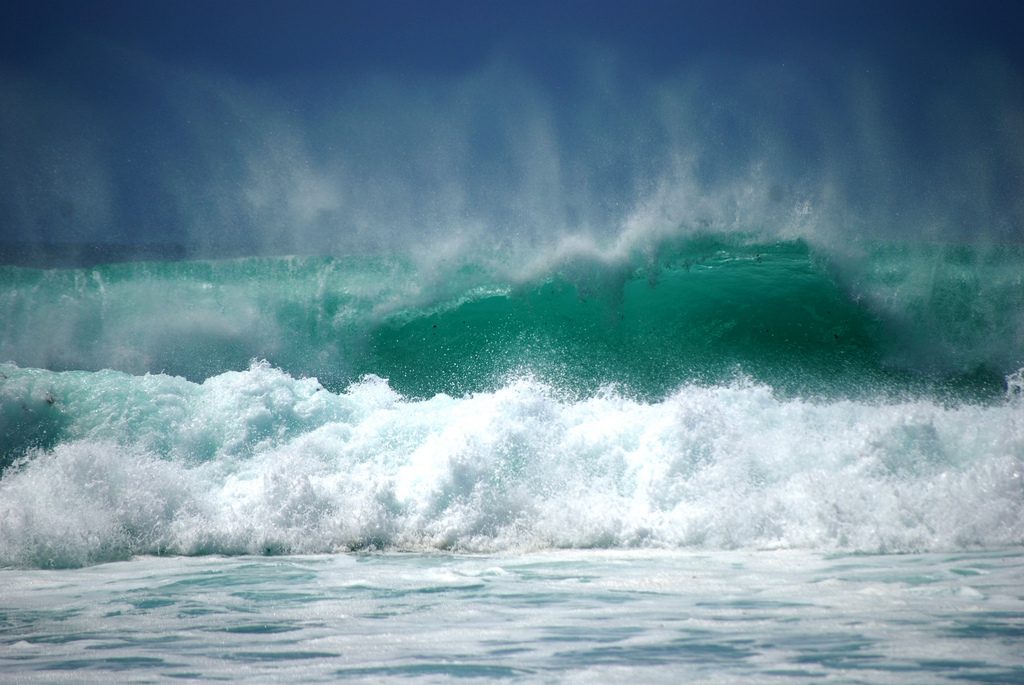 This piece begins by the sea.

Most of the time, the sounds of the waves mirror the sound of the breath. Animated by prana, flowing prana, the rhythm of both carries messages beyond themselves. Ecologically and personally, physically and spiritually, each gives life to those who experience them. Standing on the shore and breathing slowly and profoundly, one syllable arises from within: Om.

Om is a syllable known by hundreds of millions, if not billions, of people. Of deep importance to multiple religions (including Hinduism, Buddhism, Jainism and Sikhism), it carries diverse layers of meaning in different settings. And it is one of countless sounds in the world which signify beyond what they first suggest. It is an instance, a phenomenon, an experience of music anchoring a path to ecological awareness.

Within Hindu cosmology, Om is the vibration that courses through a body when it is engaged in Yoga—in meditation through movement, or through absolute stillness. It is the syllable that opens and closes Vedic chants, passages of the Upanishad, and other sacred texts. It refers to Atman (the soul, or spiritual self within individuals) and Brahman (the ultimate reality, the cosmic principle shared by all dimensions of the universe).

It is said to be the first sound in the universe, the place where the entire cosmos begins. It is also said to be the last sound heart by Yogis before they enter into the most transcendental state of consciousness, the Turiya state. And crucially for musicians and ecologists and religious practitioners alike, it is the sacred sound of the Shankha.

The Shankha is a conch shell from the Indian Ocean which has spiritual significance for Hindus and Buddhists alike. It exists in two varieties. The first spirals to the right, and is associated with Vishnu. The second spirals to the left, and is associated with Shiva. Om is its sound, and as such echoes some of the most elemental aspects of life, within the spiritual universe as expressed in Hindu tradition and texts.

The syllable, icon, and phenomenon of Om highlights an important dimension of Hinduism: its comprehension of the divine through sound. And Hinduism is by no means alone in perceiving the connections—the resonances, if you like—between sound and spirituality, sound and the most powerful aspects of being human, sound and the planet we depend upon every day.

The musicality of the Earth—its cycles and rhythms—have been incorporated into mythologies and musical practices for millennia. From the urtyn duu (longsong) music of central Asia (which was inspired by the life on horseback), to the instrumentation of Andean music (much of which renders the sounds of the region’s ecologies), to South Asia’s own system of ragas (which often corresponds to the essential cycles of the natural world): Humanity has composed music that evokes, honors, and humbles us to our origins in the Earth. And certainly, the music that arises from or involves Om reminds us of our place in the cosmos, our place on this planet and in existence itself.

As we human beings face the horizon, as we listen to the ebbs and flows of the tides and the ins and outs of our own breaths, we might recall Om, and of our relationship both to music and to those aspects of life which are beyond human control. We might remember that we can build bridges between the sounds we live with, the music we create, the precious beauty of nature, and our capacity as environmentalists in a politically and ecologically fraught world.

This piece ends by the sea.

Worldwide, religion and environmentalism are strengthening their ties to each other, and climate change in particular is an issue which has sparked particular concern among faith communities on every continent. After all, millions of people live by the shore of the sea. The sounds of the waves, be they in the Indian Ocean, the Pacific Ocean, or the colorful coastlines of the Caribbean, set the pace for the lives of people for whom climate change is an immediate threat. Yet the sounds of the Earth, and our capacity to create and celebrate music which affirms sustainability, has a power which should not be underestimated. And perhaps that first sound—known to the world’s Hindus as Om, but existing for others by different names—might help us to keep our heartbeats on a sustainable path.

Priya Parrotta Natarajan is a writer, musician and Director of Music & the Earth International, a collaborative, multimedia initiative which celebrates the role of music and dance in the global climate movement. Author of The Politics of Coexistence in the Atlantic World (Cambridge Scholars, 2016), she can be reached at priya.parrotta@gmail.com.

This article is part of a content-sharing collaboration between Hindu American Foundation and Bhumi Project highlighting how Hindu philosophy and understandings about the environment is being put into practice.