What are the four stages of Hindu life? - Hindu American Foundation
Living Dharma

What are the four stages of Hindu life? 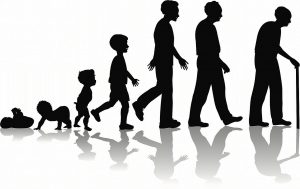 Hindu philosophy traditionally observes four stages of life. These stages are known as ashramas. The idea is to provide structure and guidance for daily life, though most Hindus today only follow the first three stages. Sometimes you will see specific ages put forth corresponding with each stage (the first being under age eighteen or twenty, for example), however in practice, especially in contemporary times, there is considerable variation of the age associated with each stage.

Brahmacharya is the first stage of life. It is the student stage of life, preparing for success in later stages of life. Individuals should also gain religious training, in order to lay the foundation for spiritual practice. Traditionally, education started somewhere between 5 and 8 years of age, continuing to age 14 to 20. Scriptures specifically mention education for both boys and girls. In the modern era this is the period up through college, vocational training, etc., prior to establishing a family. Brahmacharya also refers to one of the yama (core ethical principles of Hinduism). Here the term refers to a mode of behavior: traditionally understood to mean celibacy, but sometimes more liberally interpreted to mean self-restraint and moderation (and in later stages of life, faithfulness in romantic relationships). Regardless of interpretation, this meaning of brahmacharya is a value idealized for this beginning stage of life.

The second stage is called Grihastha. Know as the “householder” stage, it follows what most people do naturally after leaving school: Maintaining a home, having a family. Though some people choose to forgo having children and/or remain single, for one reason or another, most Hindus choose to practice their spirituality while raising families. Marriage is given a high priority in Hindu culture, and there is much in Hindu scriptures detailing how to make marriage as successful as possible. Individuals are encouraged to produce and distribute wealth (fulfilling the goal of artha) and experience pleasure (kama), while acting ethically (dharma). In essence, though the exact details of how this is done may be different, individuals try to be a supportive family member and productive member of society. This period extends through the most external productive period of our lives, up until any children have completed their education and we’re ready to transition into the subsequent stages.

Vanaprashta is the third stage. It begins after individuals fulfill their obligations to their families. In ancient times, once reaching this stage people would start detaching themselves from family life and the pursuit of material ends by moving to the forest time to devote more of their time to spiritual practice, living among other seekers of solace, knowledge, peace, and freedom. Most people have stopped retiring to the forest, instead choosing to spend more time giving back to their communities, as they deepen their spiritual practice. Hindus may do this by volunteering, reading scriptures and going on pilgrimage, and, for some, spending time in ashrams. The goal is to devote oneself to spiritual practice with a commitment to seva (selfless service) and in pursuit of moksha (liberation).

The fourth stage is Sannyasa, renunciation. There are two traditional entry points into this stage of life. Those few Hindus who from an early age have a calling or want to live an entire life immersed in scriptural study and a monastic lifestyle under the direction of a guru, exclusively pursuing the goal of moksha, enter into this stage at a young age. Other Hindus, who have lived a more traditional life enter into a period of renunciation following stages two and three. In both cases, in their own way, having fulfilled all prior obligations, a person is free to devote themselves entirely to spiritual growth. A sannyasin (women renunciates are called sannyasini) lives a very simple life, subsisting on a minimum of material possessions and devoting themselves to nonviolence. The goal is to attain liberation attain liberation from the cycle of birth and rebirth.”