Karma: Helping us live on good terms with life 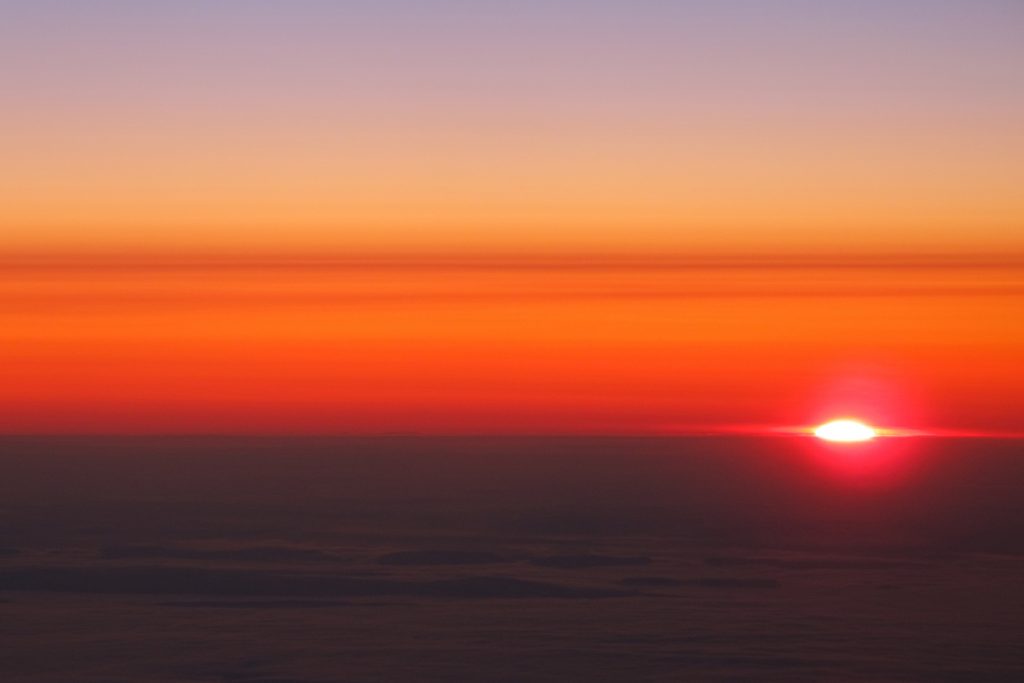 Karma—the principle that when we do ‘good’ things, ‘good’ things happen to us, and when we do ‘bad’ things, ‘bad’ things happen to us—is arguably the most popular Hindu idea among non-Hindus. It is, after all, rather comforting: karma offers a system that holds everyone accountable, that ensures that no deed goes unaddressed. But what does “karma” mean?

This includes thought, word, and deed, respectively (Gita 18.15). But karma not only includes the use of our instruments of action, but also action’s cumulative result, its phala (fruit).  We carry our ‘karmic bank’ with us from life to life, as it dispenses the phala, results, of our cumulative actions.

Every time we embark upon an activity (even a thought), we pave the way to develop a habit. Our mind is like a field of tall grass; the more we take a path, the more apparent it becomes. Every action leaves an impression on us, contributing to our collection of karmic tendencies, called vasanas or samskaras. So when we refer to karma, we refer to everything associated with action—not only the action and its potential to reflect in our lives through the ‘good’ or ‘bad’ things that happen to us, but also the tendencies that follow.

But what is “good” action?

Entire fields of study—ethics, religion, philosophy, psychology—wrestle with this question. The closer we look, the more evident it becomes that ‘good’ and ‘bad’ have many dimensions—right and wrong, desirable and undesirable, favorable and unfavorable—so in any serious analysis of action, we can’t just throw these terms around.

But Hinduism offers a pretty convenient, encompassing standard for both: dharma. Hindu scriptures don’t try to define dharma in a concrete, one-size-fits-all way, because it depends on the unique person and circumstances. It means the righteous course of nature, or what happens when everything stays in order. It is the dharma of sugar to be sweet just as it is the dharma of a soldier to fight. In this way, dharma provides the touchstone of right and wrong, ‘good’ and ‘bad’.

How do we relate dharma to action? Dharmic action, which conforms with dharma, is called punya. Adharmic action, which violates dharma, is called papa. Punya sows merit and exhausts itself through positive results, while papa sows demerit and exhausts itself through negative results. Hence, the karmic system provides incentive to lead a life of dharma. It makes sense for Hindus to aspire to fill their ‘karmic banks’ with punya and to avoid papa to foster a path towards a more enjoyable future.

Then why does it sometimes seem that people who act in accordance with dharma suffer, while people who don’t, prosper?

On one hand, reincarnation can resolve this issue: since we generally remain unaware of our activity in previous lives, we have no way to understand the context of what happens in our current life. In the midst of this, Hinduism tells us to trust that the world, in its seemingly arbitrary whirl of activity and events, acts in a way fair to us.

But more fundamentally, the issue warrants another question: can anything be inherently good or bad? We have dharma to determine whether actions are right or wrong, but when talking about the fruits of actions, about real-life events, we can’t be so objective. Indeed, ‘good’ and ‘bad’, based in deep-rooted personal impressions, are constructs of the individual, as unique as fingerprints. Because they rely on individual judgment, they only pertain to relative truth: There is no absolute good or bad.

Likewise, we could consider the karma to parallel Newton’s third law: Every action has an equal and opposite reaction. When we perform an action, we can consider the fruit, the result, of the action to be not a reward or a punishment, but instead a natural consequence. Just as we can expect a wall to push back on us when we push on it, we can expect our actions to boomerang on us, whether or not we like it.

Karma in the long run

These explanations as to why good people suffer—that we can’t see the full picture of our previous lives, and that good and bad are subjective—seem to neatly wrap up and cast aside any objections to the law of karma. But another issue emerges: from a distance, it’s easy for us to say that the individual alone invents notions of favorable and unfavorable, while on the ground, we can’t dismiss real pain as a product of individual vagary.

If we accept the premise that suffering is indeed an objective human experience—that there is such thing as a ‘bad’ thing—then we’ll need a different explanation of why it happens to people who do ‘good’ things. We need an approach that explores not the premise of suffering, but rather its effects.

To be specific, in the end, ‘good’ and ‘bad’ often turn out differently than we expect. To illustrate this point, Swami Mukundananda offers an allegory, paraphrased here:

The story conveys the point that we can’t know what will ultimately prove good or bad for us. Hence, to say that bad things happen to people who do good, and vice versa, doesn’t convey anything very meaningful—not because there is no such thing as pleasure or hardship, but because good and bad have an immediacy that doesn’t give us the full story. So, like the farmer, we should approach life with an open mind.

Life is on our side

The question of why good people suffer also seemed to intrigue Swami Vivekananda, a prominent 19th-century Hindu leader. He posed it to Ramakrishna Paramahamsa, prompting an insightful answer: “Diamond cannot be polished without friction. Gold cannot be polished without fire. Good people go through trials, but don’t suffer. With that experience their life becomes better, not bitter.”

This quote, extending upon the message of the allegory, tells us that what we see as bad things happening to us, “trials,” have a specific positive effect: building our character, benefitting us through the preparation they provide us for the future. In fact, some Hindus believe that every single occurrence in our lives is imbued with this purpose—to teach us, to reveal our imperfections and how we must rectify them. In the words of American baseball pitcher Vern Law: “Experience is a hard teacher because she gives the test first, the lesson afterwards.”

This new attitude, that life wants to help us, can bring us to view the circumstances around us in a new light. When struggle arises, with a pessimistic attitude we see a problem, and with a healthy attitude we see a challenge. But with an enlightened attitude, we see an opportunity. What better way to live life than on good terms with it?

Vivek Tanna is a high school junior and religion teacher at a local temple in Texas. He has lectured his social studies department on Hinduism and better ways to teach it and runs a Twitter account on Hindu philosophy, @HinduismFromW.