The symbolism of Ravana’s 10 heads

By Syama Allard November 3, 2021 No Comments 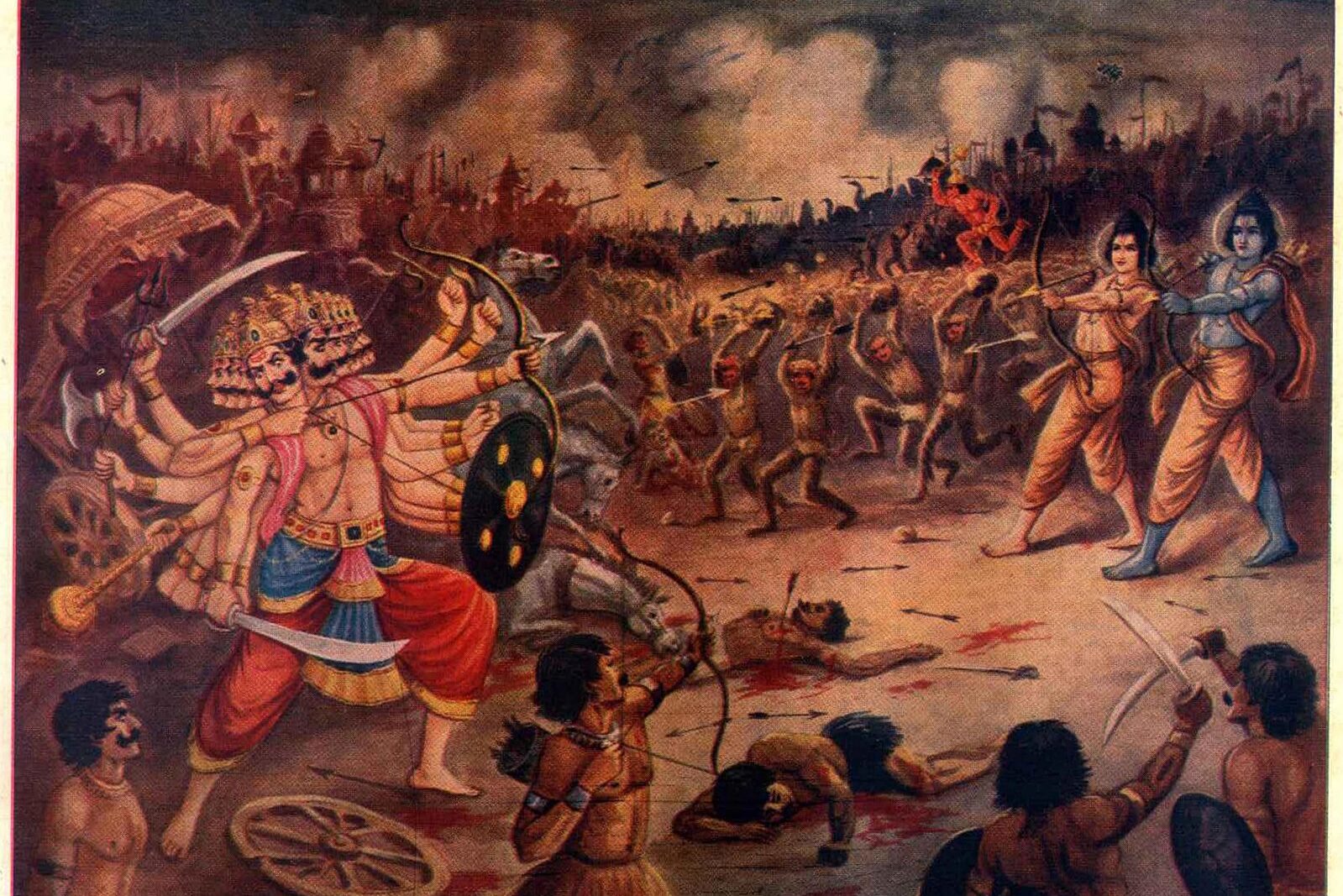 Every year, Hindus around the world celebrate Diwali, a festival that commemorates Prince Rama’s return to his home, Ayodhya, after defeating the powerful King Ravana. Presented as the victory of good over evil, knowledge over ignorance, and spiritual light over darkness, narrations of their conflict often convey Ravana as a one-dimensional figure, whose heinous acts, including the kidnapping of Sita, slate him as irredeemably demonic.

No matter how terrible a person appears, however, Hinduism teaches that nobody is ever completely evil. Ultimately, everyone originates from the Divine, and so everyone is actually pure in nature. Often caught up in the dualities of life — like hot/cold, ugly/beautiful, and old/young — many have a tendency to forget this nature, as they do all they can to attain what they want and avoid what they don’t want, despite how their actions might affect those around them.

Hence, like all, Ravana was a complex being, who exhibited not only negative qualities, but positive ones throughout his life’s journey. An expert warrior, politician, king, as well as astrologer and doctor of ayurveda, he took great care of his kingdom, for even the poorest of its inhabitants were well off, and never poverty stricken. Also an exceptional poet and scholar, each of the 10 heads he is often depicted with are said to symbolize the six shastras and four vedas, as he was a famed devotee of Shiva, the God of Transformation.

But, like many before him, and many after, he was led astray in his desire for pleasure, succumbing to a medley of life’s vices in his pursuit of so-called happiness. Thus, as his hunger for power expanded, his 10 heads of knowledge became better known as symbols of the 10 qualities that exude those who are attached to such power. They are:

According to the Bhagavad Gita, success in spiritual life depends on a steady intelligence, which can only exist through control of the senses. When we focus too much on an object of the senses, attachment develops. Prolonged attachment turns into intense longing, or lust, and when the object of our lust is not obtained, anger arises. Becoming blinded by anger, we fall into delusion, causing bewilderment and a loss of intelligence, as we lose sight of our true spiritual identity.

In the case of Ravana, Sita was the object of his senses. Controlled by lust, he took her by force and grew angry when she refused to be with him. Blinded by his anger, he lost all intelligence, believing he could defeat her husband Rama, an avatar of Vishnu, who inevitably killed him.

Good and evil, like everything in the material world, are relative, and have no real meaning in connection to divine figures like Rama and Sita. Therefore, a true characterization of Ravana is not that he was a demon, but that he was a person who failed to control his senses, going down a path that led to forgetfulness of his real spiritual identity.

As such, to avoid going down a similar path, we must all strive to act selflessly by controlling our senses, practicing discipline in pursuit of spiritual advancement, rather than our own selfish desires. By such discipline, we can transcend mundane notions of good and evil, and see every person for what they truly are — magnificent and beautiful expressions of the Divine.