What the West is Missing Out on in Yoga
Living Dharma

What the West is Missing Out on in Yoga 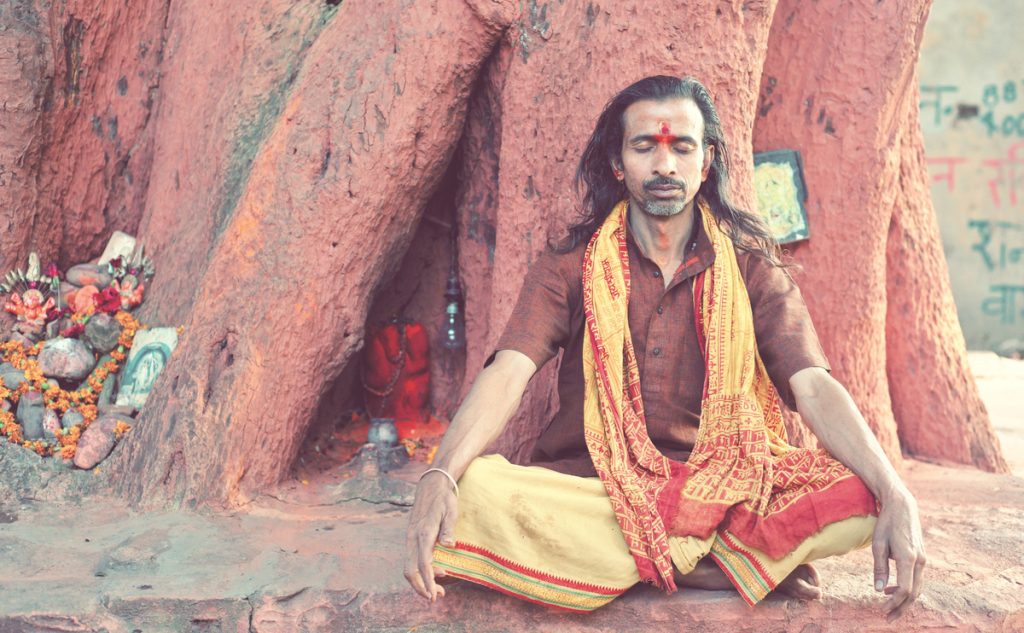 Of the many facets of Hinduism, yoga has gained immense popularity in the Western mainstream. In fact, a 2016 study by Yoga Alliance found that yoga has 37 million practitioners in the US alone.

However, the Western image of yoga is shrouded with misunderstanding. Though yoga has gained recognition as a tool for spiritual well-being, its commercialization has largely reduced it to system of exercises of the mind and body. Suffice it to say that many modern yoga practitioners have only gotten a glimpse of the profound spiritual process yoga can allow. Here, we briefly examine a few spiritual and philosophical aspects of yoga that the West has yet to enjoy.

Yoga means “union” — both the goal and the path to it

The Sanskrit word “yoga” translates as “union.” In fact, etymologically speaking, “yoga” is related to the English words “yoke,” “join,” and “junction,” among others. In Hindu texts, yoga can mean both the union itself, and the path leading to it. Likewise, “yogi” can refer to either someone who has attained yoga, or an aspirant on the path of yoga.

A common Hindu adage goes, “Truth is one; paths are many.” Like rivers, we may all take different paths, with shifting passions and desires and varying degrees of turbulence, but eventually, all of us flow into the larger state of yoga. Meanwhile, the different practices of yoga (karma yoga, bhakti yoga, and jnana yoga, among others) could be considered tools for our use on independent paths. In this way, despite its universal applicability, yoga becomes an individualized practice. On the path to union, yoga not only acknowledges but also adapts to our unique preferences.

But what does union mean?

In Hindu philosophy, the atman or soul serves as the divine basis of all life. In turn, all souls are unified into a single divine paramatma, just as individual droplets collectively form the ocean. Like millions of shards of a shattered mirror, every single atman reflects the light of the divine. In this way, Hinduism considers divinity not an outside force, but a part of every self.

However, through ahamkara or ego, the limitless atman fragments and ties itself to an individual body. By the power of ahamkara, the atman forgets its own divinity and instead assumes the experiences of the material body to be its own.

The formation of ego has many consequences. For one, it leads to desire. This is because we are, at heart, the infinite ananda or bliss of the atman, and ego cuts us off from this identity. This creates a sense of longing, which has many dimensions — longing for infinitude in a world of limits, for permanence in a world of transience, and for freshness in a world of repetition. Of course, only the divine atman — which is infinite, permanent, and every-fresh — can satisfy this sense of lack. But under the auspices of ahamkara, we hanker after what can only satisfy the body, and our longing remains unfulfilled.

However, yoga loosens the ties of ahamkara. By encouraging us to recognize our unity with all beings, yoga fosters the transition of identity from the small to the all-encompassing — whether through karma (action), bhakti (devotion), or jnana (knowledge). With our identity made whole, we lose our stifling association with the body and merge into — “unite” with — the infinitude, permanence, and ever-freshness of the atman.

By helping us access the divinity within us, yoga satiates our inner longing. In this sense, yoga means more than attaining union; rather, it means realizing the union that already exists.

The purpose of yoga is completion of the self

In many ways, yoga completes us. For one, it ends the sense of lack or deficiency associated with individuality when it merges us with the collective divine. But yoga can also “complete” our faculty of action. That is, yoga can align it to maximize clarity and intention.

This is best understood through the analogy of the chariot. If you consider yourself to be a chariot, the horses would be your senses, the reigns your mind, the charioteer your intellect, and the passenger the atman. Yoga is the process of putting all of these functions in harmony, so they all reside on the same wavelength. Without this harmony, this integration, moving forward smoothly can prove rather difficult.

The practice of yoga can also complete our knowledge. It does this by serving as the transition from the theoretical to the realized — from owning the ticket, to using it. All of us can talk about and conceptually understand the illusion of our individuality, but overcoming it is another story. The process of realizing our unity, of irrevocably coming to terms with it, can take even lifetimes. This realization comes with yoga.

Finally, yoga completes not only us, but also the circle of life. The inception of the universe — the Big Bang, the manifestation of prakriti (material nature) from purusha (spirit), or whatever you call it — could be seen as the descent of many material individuals from one, unified divine. Yoga, on the other hand, provides a mechanism for the ascent of many material individuals into the same, unified divine. In this way, we could consider yoga to complete the implicit task of the universe — to unify all beings, once and for all.

All in all, perhaps the greatest takeaway here is that yoga isn’t an “activity.” That is, you don’t start yoga when you enter the studio, and stop when you leave it. Though external (bodily) conditions must be conducive to yoga, yoga really isn’t something you do externally. Rather, it’s a mentality, a lifestyle — a state of the antahkarana, or inner mind-complex. Yoga is, broadly speaking, an approach to life that helps us better understand ourselves and our relation to the world.

Vivek Tanna is a high school senior and religion teacher at a local temple in Texas. He has lectured his social studies department on Hinduism and better ways to teach it and runs a Twitter account on Hindu philosophy, @HinduismFromW.