Why I am a Hindu by Bhagwati Charan Bhatpare 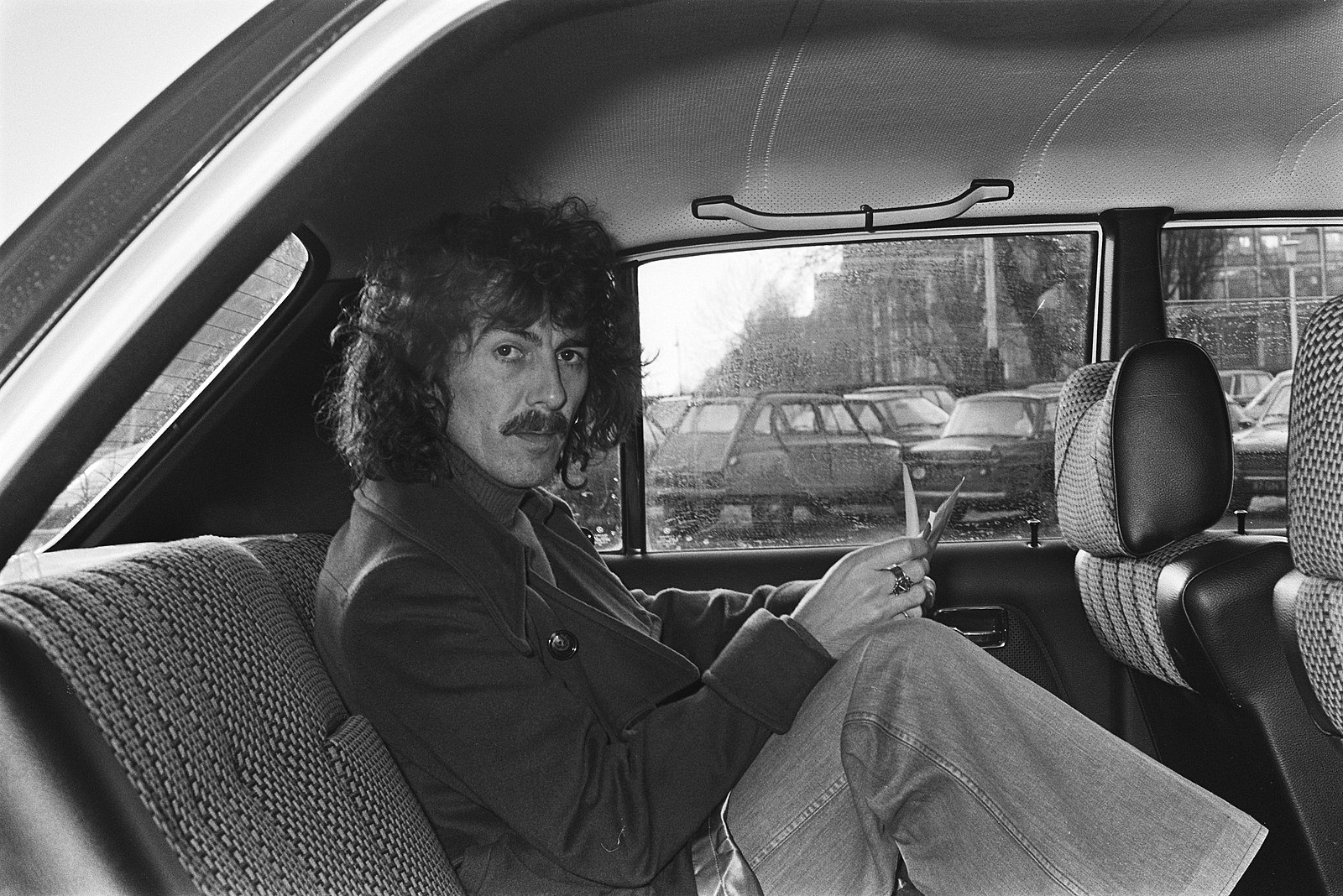 Bhagwati Charan Bhatpare is a school principal, a leader of the SC Ramnami community and a civil rights activist in the Indian state of Chattisgarh. He is also a Board Member of the Sahayog Foundation, a U.S. based non-profit, charitable organization established to provide support for the educational and health needs of rural poor and SC community in Chhattisgarh. Below is a short introduction to Bhagwati (in italics) written by Prof. Ramdas Lamb, followed by Bhagwati Charan’s article. Prof. Ramdas Lamb is Associate Professor of Religion at the University of Hawaii, has studied the traditions and practices of the Ramnami community for over three decades and is a personal friend of Bhagwati. Dr. Lamb is also the President and co-founder of the Sahayog Foundation.

When I first began to visit Matiya, Bhagwati’s village, in the mid-1970s, he was about 12 years old and used to come to see me regularly. He had been raised to be interested in the world and in spirituality and saw me as someone from whom he could learn something. His father, Ram Lal, was one of the only educated residents, and the only one who was Harijan. His father was also the principal of the school and the village postman. In addition, he was the person in the village with the most knowledge of medicine and served as its “doctor.” Whenever any of the caste Hindus were ill, he would be called upon, would go to their homes and treat them. When they were well, he would not be allowed into their homes for any reason. Ram Lal was also a scholar of the Ramcharitmanas148 and would give talks on it several times a year when his caste group would hold nine-day Manas readings and discourses called “katha”. Caste Hindus would go to listen to him, but he would not be allowed to participate in any of their religious rituals. It was in this environment that Bhagwati and his four brothers were raised.

While his oldest brother works in the coal mines, Bhagwati and his next brother followed in the footsteps of their father and became school teachers. The fourth brother died of leukemia as a teenager, and the youngest brother works the family land as a farmer. Bhagwati earned a Bachelor’s and a Master’s degree at a university about 100 kilometers from their village and has been teaching since the late 1980s. Currently, he is the principal at a village school in which half the students are tribal youth. He is also on the board of Sahayog Foundation in the U.S. and serves as the primary overseer of Sahayog’s work in Matiya and the area. He has two sons, both of whom attend college. Bhagwati is highly respected in his village, both by his own caste group as well as by many caste Hindus. In fact, many caste Hindus will secretly share food with him at his own home but will not do so publicly for fear of being ostracized by the rest of their respective caste group. Others might see this as hypocrisy and be upset with it. Bhagwati understands the complexity of the situation and accepts the difficult situation of his caste Hindu friends. For him, his relationship with Lord Ram allows him to have patience with others without judging them. — Prof. Ramdas Lamb

Today I want to write something that has been in my thoughts for a very long time, but that I have been previously unable to accurately express. I have pondered the reality of the physical world, religion, the various devis149 and devatas (various forms of God that Hindus worship). I also thought about many of the religions that exist in my country, such as Hinduism, Islam, Christianity, Sikhism, Buddhism and Zorastrianism. Because my own Guru knows about all these belief systems, I have learned about them as well from spending time with him. He looks for the essence in all of them and reflects it in his own life and religious experience. What I have gained in this regard is due only to him, and I bow my head to his feet for this. All my religious knowledge comes from the blessings of my Guru.

When I was in a deep reflection, one question would arise in my mind, and that is “Why I am Hindu?” To answer this question I sought deep within. In the process, I reflected on my life when I was a student. I had learned that the Persians used to pronounce the River “Sindhu” as “Hindu,” and they called our land (Bharat) as “Hindustan.” Also, they called the people of Hindustan as “Hindu.” It means all Indian people were called Hindu by them. Later on, the word “Hindu” came to refer to the religious beliefs that originated in the country.

I was born in a Hindu family and when my understanding of life grew, I began to take part in religious and social activities. My father was both a school teacher and a very religious person. He had a great influence on me. Later on, I began to study the myths and beliefs of other religions as well and would try to compare one religion to another. I did not find what I was looking for in any of the other religions that are present in my area. The more I searched inside for what was right, I came to realize why I am Hindu. It was an answer that came from my heart and from my experiences.

Today, the recognition and understanding of life that I have is due to my Hindu religion, and I feel myself very grateful and happy for many reasons. I am free to undertake my religious practices as I wish and there are several ways of worshipping God. This is a unique feature of Hinduism. This freedom is there from the time of birth. Respect is given to everybody – even the animals and other creatures of this world are given respect, because we believe there is godliness in every living thing and in nature.

The ‘Vedas’ tell us the reason for creation, but they give only one particular view. There are so many other holy books of literature, poetry and stories in the Hindu religion as well. In them, each and every topic is mentioned about life and its requirements. In one of our most sacred books, “Ramcharitmanas,” it is clearly explained how we should live our lives. In the “Mahabharata” we get moral teachings that war should be fought only when necessary to save dharma and not for any other reason. The Puranas teach us that we should adore God every day, and this will lead us toward immortality in life. One of the more special things about my religion is that it has the capacity to respect all other religions. We don’t always find this attitude in other religions. There is no narrow mindedness in the foundation of Hinduism, although there are some Hindus who are narrow minded.

Today, I feel great inner peace being a part of Hindu society, and I also feel very happy. In it, I feel freedom in body, mind, and actions on the path towards finding God in my life. The Hindu emphasis on truth and non-violence are very important to me. Hindu Dharma also teaches various types of yoga for gaining health of body and strength of mind, both of which are very essential. Concentration of the mind creates a foundation to help one gain spiritual strength in our lives.

There are so many religious persons born within Hinduism who have dedicated their lives for the welfare of all humanity and of Hindustan. Their lives were devoted to ridding the world of spiritual ignorance and promoting world peace. This shows the greatness of the Hindu religion.

Dharma and righteousness are the highest values in one’s life, influencing the past, present, and future. They affect our lifestyle and thoughts and guide us. I have no problem following the paths and customs of Hinduism. I can take part in each and every religious activity. Most people have to struggle and have to face many difficulties to live up to their religious beliefs and doctrines. I do not see such problems in Hinduism. My religion gives me the freedom to choose my path and my doctrine to knowing God. I can see what is the right path for myself and what is not. To be a complete person, one has to adhere to some belief system. For me, Hinduism is the only religion that clearly teaches the path to knowing myself and knowing God. So I have accepted the path of Hinduism. It has influenced my life very much. I believe in its spiritual practices and I follow the path of Hinduism.

The Hindu American Foundation asked me to write this article for this report specifically because my family belongs to a scheduled caste. My community and other scheduled castes have suffered great discrimination for centuries. The Hindu community is divided into many castes, creeds, and other types of groups. Some high caste religious persons have spread the feeling of partiality and superiority of their caste, but this only destroys the reputation of the Hindu community.

Casteism is not good for the Hindu community. Its appearance has been deformed and defamed by those upper caste persons who are taking advantage of their caste status by belittling others. Many religious texts were manipulated and changed by upper castes to justify their acts. All religions have faults in them, so I do not say that Hinduism is at fault, only that casteism is a problem that needs to be removed.

I belong to the Ramnami Samaj, and our main purpose in life is to practice devotion to Lord Ram by chanting Ramnam. We are not concerned too much about casteism. The Hindu religion has cared for and nurtured our existence, so we have much to be thankful for.