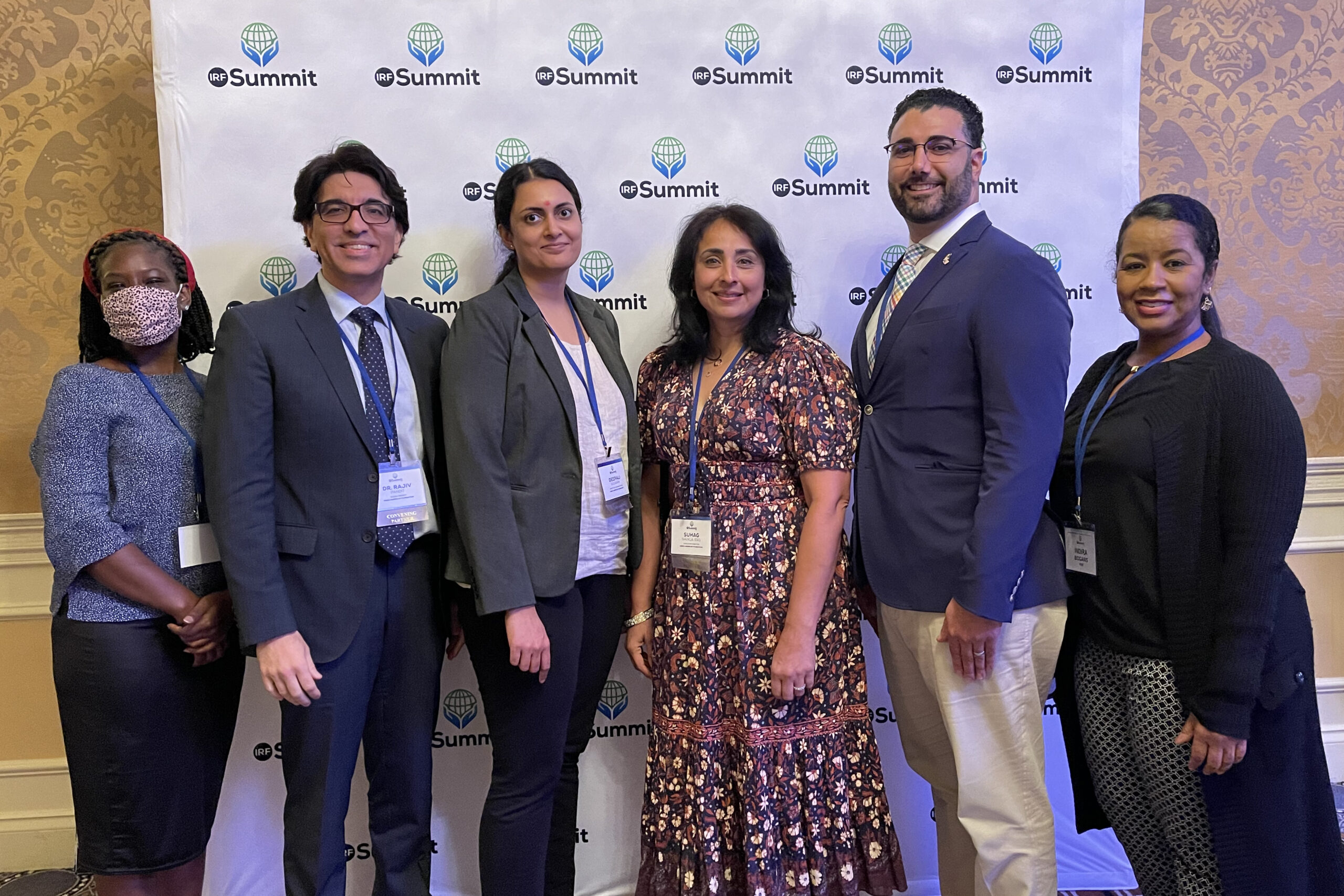 From July 13-15, 2021 leaders from the Hindu American Foundation (HAF) participated in the first annual International Religious Freedom (IRF) Summit in Washington, DC. Co-Chaired by former US Ambassador for International Religious Freedom Samuel D. Brownback and the Chairwoman of the Lantos Foundation Katrina Lantos Swett, the IRF Summit brought together a diverse group of religious and civil society organizations from across the globe to advocate for religious freedom for everyone, everywhere. This year’s summit was organized by a coalition of civil society organizations, held in place of the State Department’s annual ‘Ministerial to Advance Religious Freedom.’

As part of the summit, HAF Executive Director Suhag Shukla, Esq. participated in a unique ‘Solidarity’ event where she along with nine other faith leaders each spoke about the other’s persecution in an effort to show unity and express solidarity with other religions facing persecution.

Throughout the three day summit, HAF leaders attended a number of events, meetings, and receptions, serving as ambassadors for Hinduism and informing the roughly 900 participants about persecuted Hindus around the world. “This gathering was an excellent opportunity to spotlight anti-Hindu persecution by state and non-state actors in Afghanistan, Pakistan, Bangladesh, and others,” stated HAF Director of Public Policy Taniel Koushakjian. “Based on the feedback we’ve received, it’s clear that most people don’t know that Hindus face extinction in these theocratic states and that India, as the largest democracy in the world and strategic partner of the US, is the only safe haven in all of Asia for persecuted religious minorities,” Koushakjian said.

Additionally, HAF was the only Hindu organization to host an official summit side event entitled, “Religious Freedom in Bangladesh 1971-2021: From Genocide to Today.” The panel discussion commemorated 50 years since the genocide targeting Bengalis and particularly Hindus in 1971, and the ethnic cleansing of Hindus that has continued to the present day. The HAF side event was also the sole event to highlight the religious persecution taking place in Bangladesh throughout the entire three-day summit.