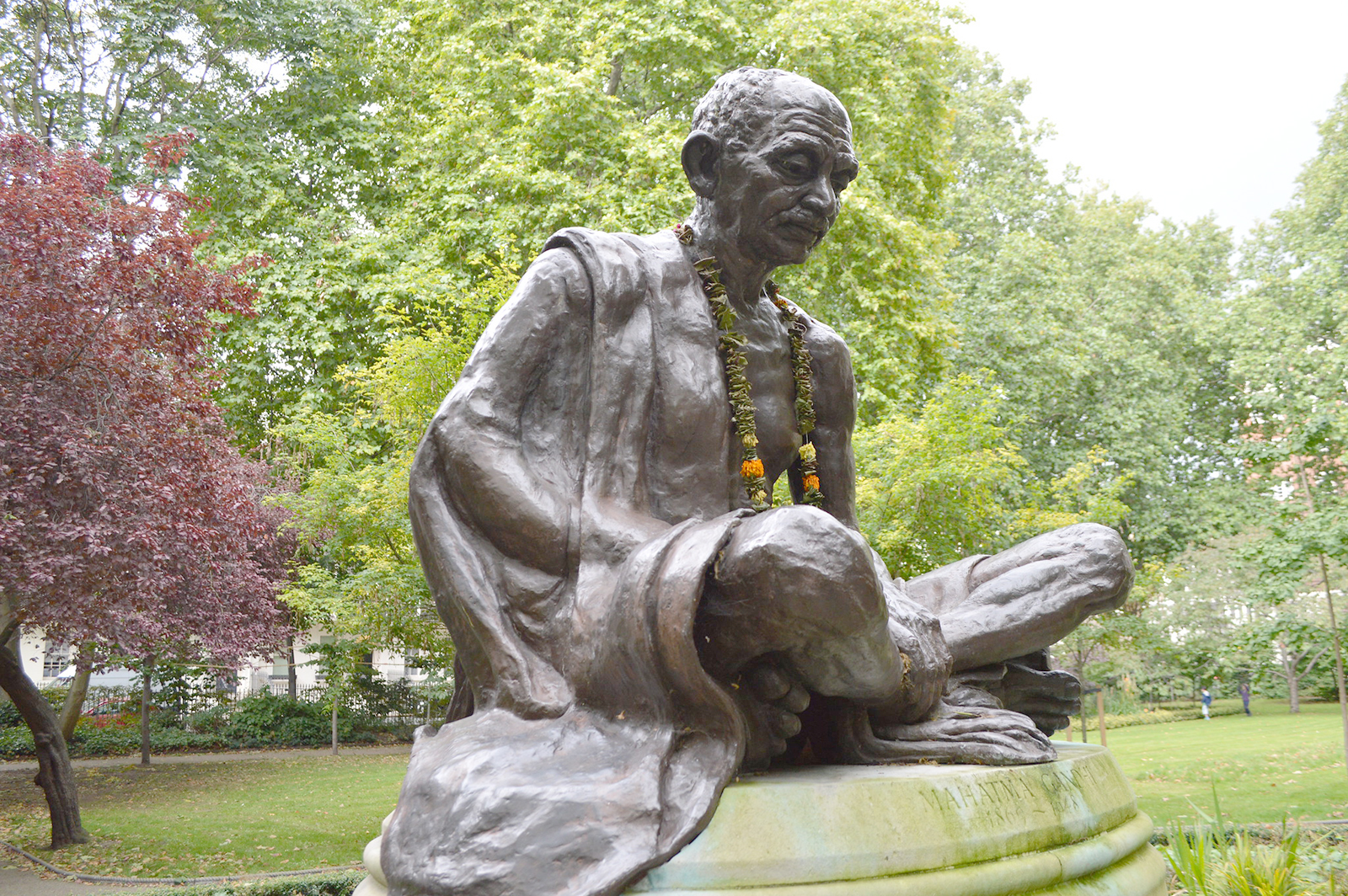 On the evening of July 20th, the five members of the City Council in Davis, California convened their regular meeting. Item #5 on the agenda was to consider the design change for the Gandhi monument which had graced the town central park until destroyed by unknown vandals in January of this year.

The vandals sawed through Gandhi’s ankles, toppling the statue, and then beheaded Gandhi. No group has claimed responsibility for the crime. FBI and local police both have open investigations into the incident.

After written and oral public comment and due deliberation, they voted 5-0 in favor of changing the statue’s design so that the restoration of the Gandhi monument can proceed. The original bronze statue, a gift from the government of India, depicted the Mahatma walking with his characteristic staff. To deter future vandals, the new statue will depict a sitting, cross-legged Gandhi.

Along with many other concerned residents, HAF California Advocacy Director Easan Katir wrote the city council prior the meeting urging the design change.  The design was submitted after much work with the city staff by a ‘Restore Gandhi Committee’.

Davis Vice-Mayor Lucas Frerichs said, “I am still proud to support [the statue] again, after having done so several times over the years. Thank you again for your work on this issue.”