Gandhi statue decapitation should be investigated as a hate crime

Gandhi statue decapitation in Davis, California should be investigated as a hate crime 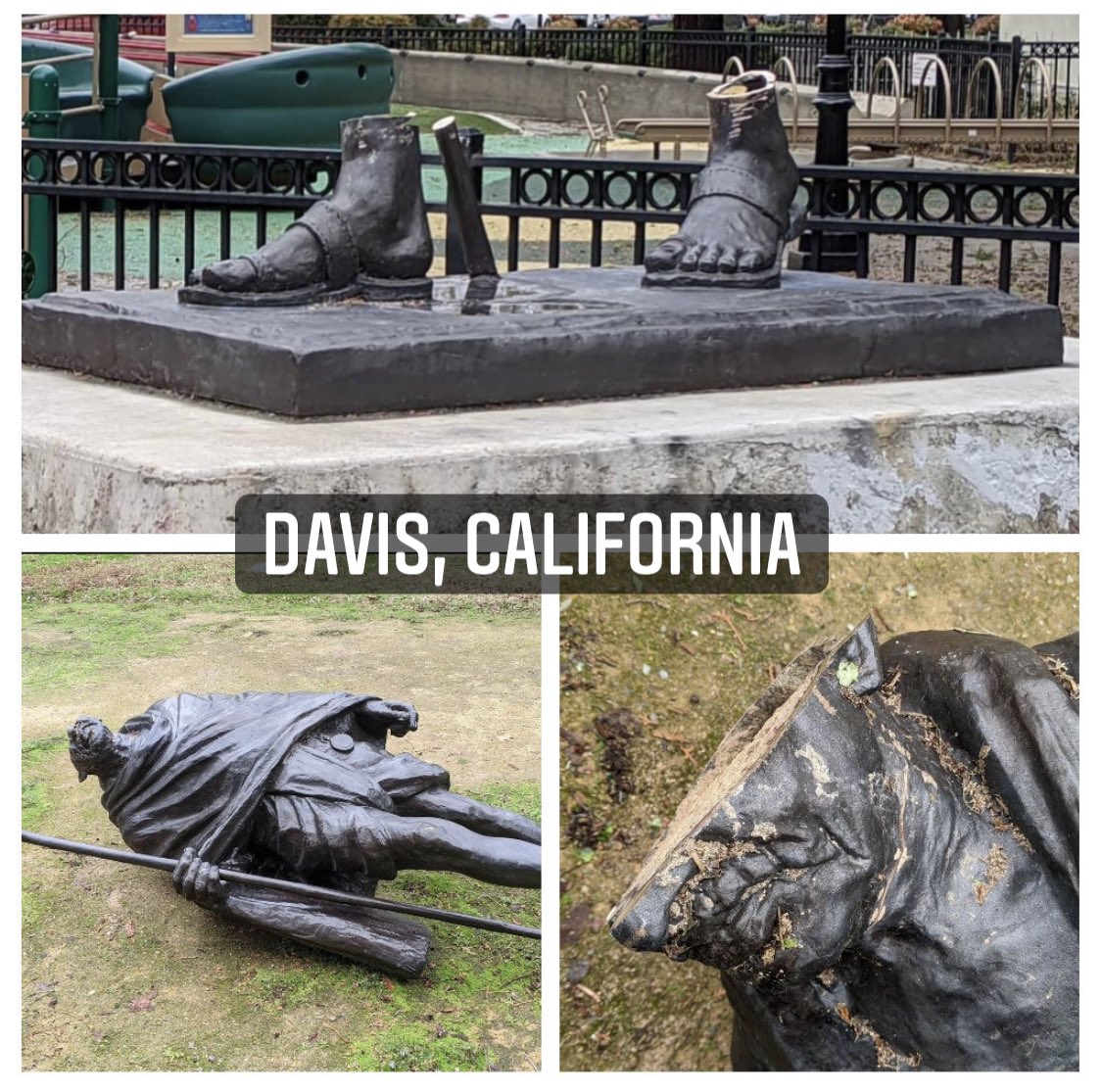 The Hindu American Foundation is appalled at the desecration of a statue of Mahatma Gandhi by unknown attackers yesterday in Davis, California.

The bronze statue, a gift of the Indian Council of Cultural Relations and erected in Davis Central Park in 2016, was cut off at the ankles and had the head sawed in half. The incident was praised on Twitter by Khalistani (Sikh separatist) groups in California, who shared photos of the destroyed statue, and others who stated “Today is a good day.”

The attack came to light just two days before the anniversary of the assassination of Mahatma Gandhi, on January 30th.

“We condemn this cowardly desecration and call upon the Department of Homeland Security and FBI to investigate this hate crime, as it was likely done with the intention of intimidating the Indian American community. We urge local police to apprehend the perpetrators and call upon the city council to resurrect the statue as a statement that such destructive acts are not in harmony with our community standards.”

On the legacy of Mahatma Gandhi, Katir further stated:

“Mahatma Gandhi is not only a symbol of non-violence and tolerance, but he has also inspired many societies worldwide to achieve their rights through nonviolent means. Gandhi’s approach directly influenced Dr. Martin Luther King, Jr., who argued that the Gandhian philosophy was ‘the only morally and practically sound method open to oppressed people in their struggle for freedom.’”

This is not the first time a statue of Gandhi has been desecrated. In December 2020, vandals desecrated a Mahatma Gandhi statue in Washington, DC in front of the Indian Embassy and Khalistani (Sikh separatist) flags were displayed.

HAF will continue to monitor the situation in Davis, California, working with local, state, and federal authorities as appropriate.