HAF welcomes White House, members of Congress condemnation of desecration of Mahatma Gandhi Statues of Peace in US

HAF welcomes White House, members of Congress condemnation of desecration of Mahatma Gandhi Statues of Peace in US 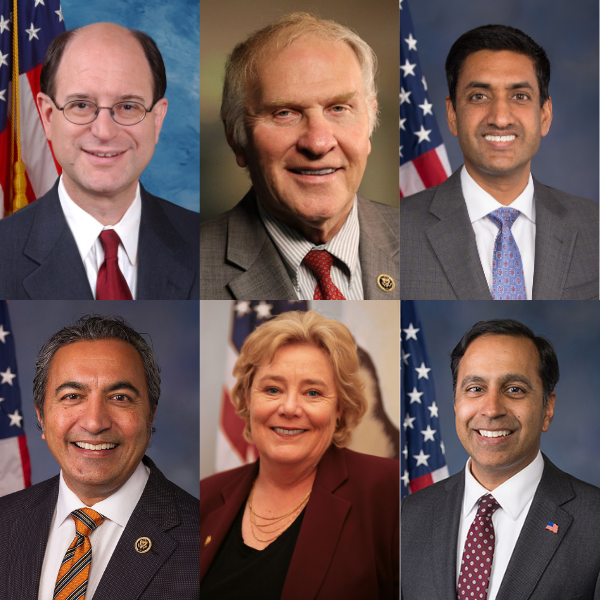 Following the desecration and toppling of a Mahatma Gandhi Statue of Peace in Davis, CA last month, the White House and six members of Congress have joined HAF in publicly condemning the Hinduphobic attack and calling for the Federal Bureau of Investigation to investigate it as a hate crime at minimum.

“We certainly would have concern about the desecration of monuments of Gandhi,” stated White House Press Secretary Jennifer Psaki when asked about the President’s response. “We would, you know, condemn that desecration and watch it closely,” she said.

Leaders of the Congressional Caucus on India and Indian Americans also quickly condemned the desecration. India Caucus Co-Chair Rep. Brad Sherman (D-CA) said “Gandhi’s legacy is one of peace and the promotion of non-violence.”

“Such behavior has no place in America,” stated Caucus Co-Chair and Ranking Member of the House Foreign Affairs Subcommittee on Asia, the Pacific and Non-Proliferation Rep. Steve Chabot (R-OH).

India Caucus Vice-Chair Rep. Ro Khanna (D-CA), who is Indian and Hindu American, strongly condemned the attack, saying that “Nonviolent, respectful protest was the essence of Gandhi’s life mission. To see the desecration of this magnificent statue only underscores the need for more people to study Gandhi’s teachings, not unilaterally erase him from the public discourse. This was a shameful act.”

Rep. Raja Krishnamoorthi (D-IL), who is also Indian and Hindu American, unequivocally stated: “I condemn this malicious act in the strongest terms, and I call upon the FBI to investigate it as a possible hate crime intended to intimidate Indian-Americans, among others. The desecration of a statue of Gandhi, who championed peace and non-violence and who continues to influence countless nonviolent struggles for justice including in America, serves as a sad reminder of how important his teachings remain.”

A statement from the Chairman of the House Foreign Affairs Subcommittee on Asia Rep. Ami Bera (D-CA), who is Indian American, reads: “Peaceful and nonviolent protest, which was championed by civil rights leaders at home and abroad, including Dr. Martin Luther King Jr. and Gandhi, is a hallmark of American democracy.”

In a statement entered into the US Congressional Record, Rep. Zoe Lofgren (D-CA), Chair of the House Judiciary Subcommittee on Immigration and Citizenship, stated:“As we continue to debate and settle our differences, we must continue to embody the principles of Gandhi, who not only brought independence to his own people, but inspired generations of civil rights activists, including the Reverend Martin Luther King, Jr. Violence and vandalism are never the answer and I call on all my colleagues to join me in condemning the desecration of the Gandhi Statue of Peace.”

In the late hours of Wednesday, January 27, 2021 the bronze Gandhi Statue of Peace in Davis, CA was sawed off at the ankles, effectively toppling the statue, and the head of Gandhi was sawed in half.

HAF California Advocacy Director, a former member of the Davis Business and Finance Commission, swiftly condemned the attack, stating, “We condemn this cowardly desecration and call upon the Department of Homeland Security and FBI to investigate this hate crime, as it was likely done with the intention of intimidating the Indian American community. We urge local police to apprehend the perpetrators and call upon the city council to resurrect the statue as a statement that such destructive acts are not in harmony with our community standards.”

Sadly, the space necessary for intolerance and hate to manifest is now so wide that the violent act was praised on Twitter by Sikh separatist groups in California, who shared photos of the destroyed statue, and others who stated “Today is a good day.” In December 2020, Sikh vandals desecrated a Mahatma Gandhi statue in Washington, DC in front of the Indian Embassy where Khalistani (Sikh separatist) flags were displayed.

On the same day that the Gandhi statue in Davis, CA was desecrated, in New Delhi, India Khalistani separatists stormed the historic Red Fort, violently breaking down barricades and injuring over 300 Indian police officers in a scene reminiscent of the January 6th Capitol siege in Washington, DC. The desecration of the Gandhi statue in Davis, CA on January 27 also occurred just three days prior to the date that Gandhi was assassinated, January 30, 1948. However, it is not yet known if the statue desecration is related to either events.

Given the increasing hate crime attacks on Mahatma Gandhi statues in America, HAF is calling on the Indian and Hindu American community to take action and contact their members of Congress to urge them to make a public statement condemning this disgusting attack and calling for the restoration of this symbol of peace and non-violence in Davis, CA.

Hate Crime Attacks on Gandhi Statues in the US