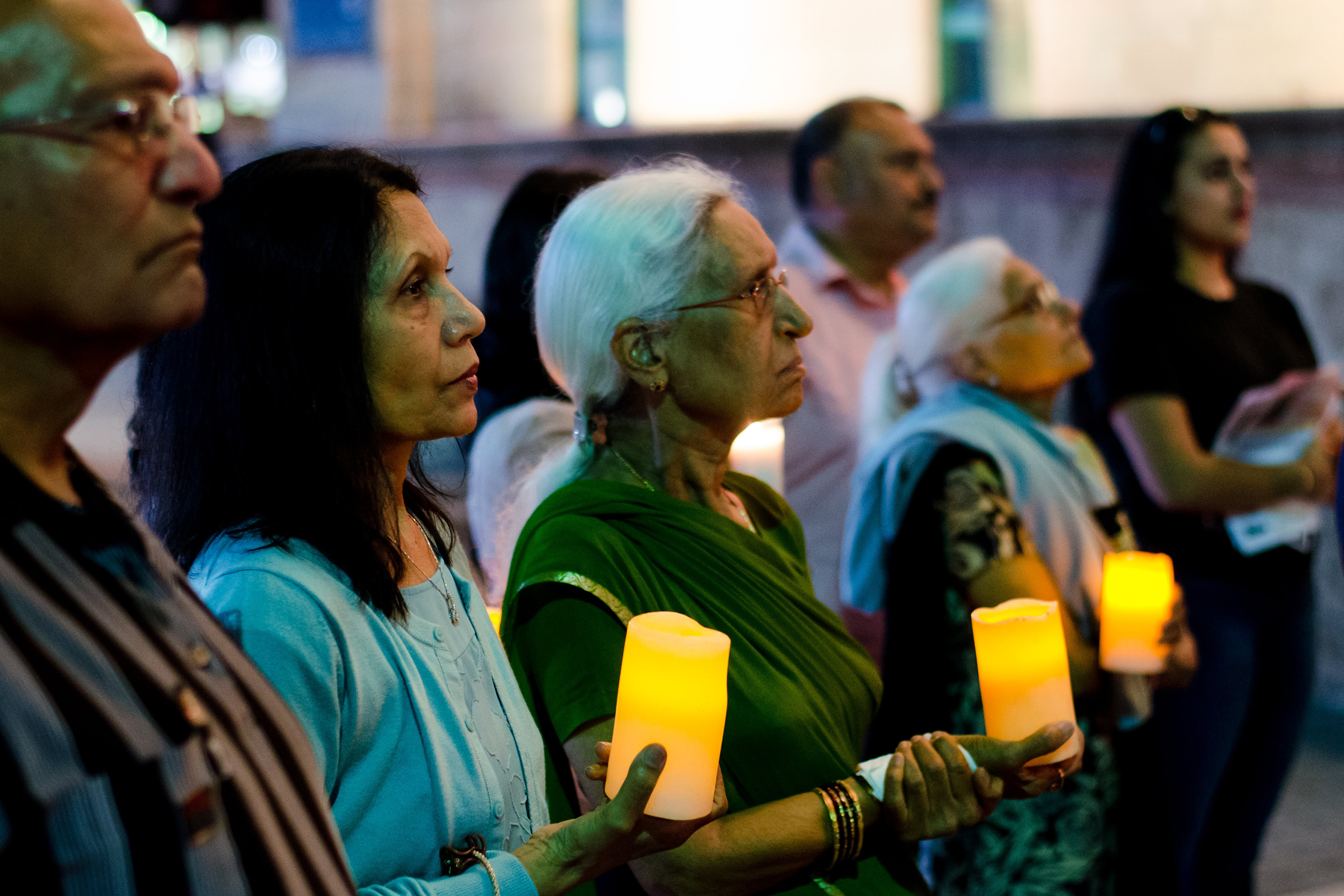 On Sunday, January 19th, Hindu Americans across the United States united together to mark the 30th anniversary of the Kashmiri Pandit Exodus Day, a day on which the ethnic cleansing of 95% of the former Indian state of Jammu & Kashmir’s indigenous Hindu population began.

Ultimately some 350,000 Kashmiri Pandits were forced to flee their homes and hundreds were killed in the weeks and months following January 19, 1990 at the hands of a Pakistan-sponsored insurgency and campaign of targeted killings, rape, threats, and destruction of properties and religious sites spanned over many years.

“We’re humbled by the response of communities across the country who commemorated Kashmir Exodus Day. Candlelight vigils, seva events, and memorials brought together Hindus of all backgrounds in solidarity and educated the public at large about a tragic, unknown and untold story. On Sunday, January 19th, we were all Kashmiri Pandits.”

As part of HAF’s efforts to raise awareness about the oft-forgotten ethnic cleansing faced by the Kashmiri Pandit community three decades ago, a special episode of the new HAF podcast “That’s So Hindu” interviewed Kashmiri survivor Sunanda Vashisht.

Anjali bravely recounted “the torturous death of my father at the hands of terrorists” and the severe effect his passing had on her family. Sunita Ticku told the story of how terrorists barged into her family’s house, looking for her father, a government official, and ended up “shooting everybody they could find in the house.” Her grandmother survived that assault after being shot three times in the abdomen. Sunita and her siblings survived only because they had been sent away earlier in response to constant threats by terrorists inciting the “infidels” to “convert, die, or flee.”

At the vigil in San Jose, co-hosted with Kashmir Hindu Foundation and supported by several community groups, Kashmiri Hindus shared emotional stories, recited poetry, and sung Kashmiri songs in remembrance of the victims. The event concluded with a procession of over 200 people, while a Kashmiri bhajan dedicated to the Goddess Amba reverberated through the night.

In Philadelphia, the event started with a traditional Kashmiri devotional to Goddess Saraswati. Dr. Tej Kokroo, a physician based in Langhorne, PA, later shared his family’s tragic story of facing terror and loss, and highlighted the long term health impacts on Kashmiri Pandits as a result of past and ongoing trauma. Participants and people walking by also had an opportunity to pay tribute at an exhibit which named and honored over 120 of the first known Kashmiri Hindus killed by terrorists.

In South Florida, Hindu Americans assembled on the steps of the Freedom Tower in downtown Miami, a site that memorializes the entry point of the Cuban Exodus to America. Organized by HAF in collaboration with Kashmir Hindu Foundation (KHF) and Networking Hindu Professionals (Net HP), the program featured remarks from Kashmir Exodus Day survivors Dr. Shadhi Razda, Dr. Chander Sheykar of South Florida Hindu Temple, and KHF President Deepak Gangu. Throughout the vigil, a sombre recitation of names was delivered by local high school students of Kashmiri Hindu origin Sheyjar Kaul and Saatvik Kaul of dozens of Kashmiri Hindus and Sikhs who were killed between 1988 and 1991.

Rahul Pandit, past president of Indo-American Kashmir Forum concluded, “We truly appreciate the support from across the country and elected officials here in recognizing this day and somber anniversary of our community’s exile from our homeland. We feel the world is finally starting to hear our story.”