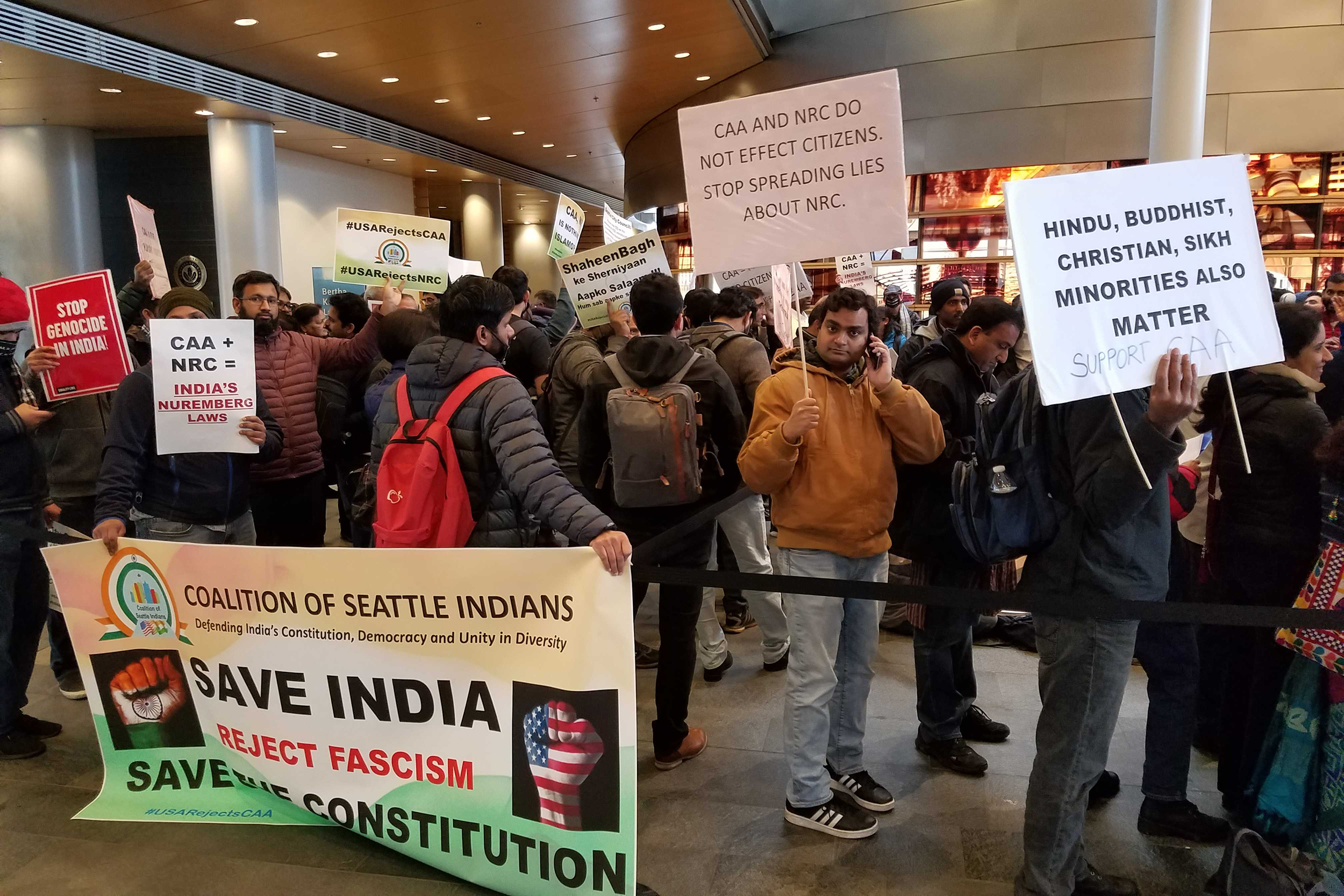 Despite vigorous public testimony from the local Hindu American community opposed to the resolution, the resolution received 5 yes votes and 4 abstentions.

In response to the actions of the Seattle City Council, HAF board member and co-founder Mihir Meghani, who met with local community leaders prior to the hearing, commented:

“India’s Citizenship Amendment Bill offers much needed relief and a shortened pathway to citizenship for thousands of refugees fleeing unquestionable, well-documented, and continuing religious persecution in Pakistan, Bangladesh, and Afghanistan. We’re profoundly disappointed that in passing this resolution the Seattle City Council chose to ignore the plight of these Christians, Buddhists, Hindus, Jews, Sikhs, and Zoroastrians who have been forced to flee their home countries due to institutionalized discrimination and rising religious bigotry and seek refuge in the secular nation of India.”

“Much of the testimony I witnessed in favor of Councilmember Sawant’s resolution repeated blatant falsehoods about both the intent and potential effects of the CAA. Kshama Sawant herself publicly peddled fearmongering misinformation, alleging that the entirety of  India’s Muslim population could have their citizenship stripped from them. This absurdity couldn’t be farther from the truth. The CAA has absolutely no impact on Indian citizens.”

“When our community learned about Seattle’s proposed resolution, many started to reach out to us, as we had rallied in Seattle’s in December 2019, and wanted to join us at the council to speak against the resolution. Thousands of phone calls and emails were made, with people wanting to take charge of defining our voice, making content and visual material, hundreds of small and big meetings, all aimed at educating the City Council on the facts on why CAA is needed.

The day of hearing began at 4am for a large set of people who reached the city as early as we all could. We had a tremendous solidarity, being  joined by people of South Asian descent, as well other community members who believed in the cause. Over 500 members of community that opposed the resolution showed up and did their part. It was beautiful to see how the community came together. We will do it all over again as it showed the true spirit of liberty and cross community mobilization for a democratic cause.”

“The resolution is filled with false information and claims to make Seattle a welcoming city by condemning India’s CAA and the yet to be implemented NRC and in the process falsely projecting the current government’s laws as anti-Muslim, fascist, casteist, anti LGBTQ and genocidal. We met with one council member in person and communicated with others through their staff. It seemed like some of them were frustrated that they were now forced to spend resources in this matter but yet were uninterested and apathetic to the facts we were presenting either because it was more convenient for them politically or they just didn’t care about persecuted minorities because they were non-Muslim.”