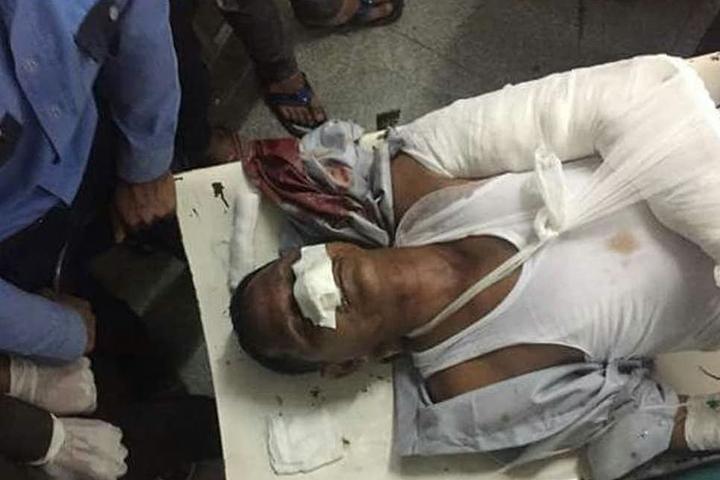 US Urged to Designate Hizbul Mujahideen a Foreign Terrorist Organization

Washington, DC (July 10, 2017) — Today’s terrorist attack on a bus in the Indian state of Jammu and Kashmir, which killed seven Hindu pilgrims returning to Gujarat from the annual Amarnath Yatra in the Kashmir Valley and reportedly injured at least twelve more, is the latest indication of the worsening violence in the region.

The Pakistan-sponsored terrorist organization, Hizbul Mujahideen, is suspected of carrying out this latest attack.

“This was an unconscionable attack on innocent pilgrims exercising their most fundamental and basic rights to freedom of religion,” said Rajiv Pandit, MD, HAF Board Member and a native of Kashmir. “We urge the Trump Administration to designate Hizbul Mujahideen as a Foreign Terrorist Organization and clamp down on Pakistan for its continued support of Hizbul and other terrorist groups carrying out attacks in India.”

The attack comes after the route from Jammu to the cave shrine at Amarnath, high in the Himalayas, was closed for a time during the one year anniversary of the death of former Hizbul Mujahideen commander Burhan Wani. In 2016 there was a surge in violence in the aftermath of Wani’s killing by Indian security forces, including mob attacks on transition camps in the Valley set up for returning Kashmiri Pandits (Hindus indigenous to Kashmir who were ethnically cleansed from the Valley in 1990).

“Hindu pilgrims continue to remain at extreme risk of violence in Kashmir,” said Samir Kalra, Esq., HAF Senior Director. “The Jammu and Kashmir state government and security forces must take all necessary precautions to protect pilgrims and ensure that the Amarnath Yatra continues safely and without further incident.”

The attack has drawn widespread condemnation from political leaders in India, including Prime Minister Modi, National Conference leader Omar Abdullah, and Jammu and Kashmir Chief Minister Mehbooba Mufti, among others.

The Amarnath Yatra—during which hundreds of thousands of Hindu pilgrims from around the world trek to a cave shrine containing a naturally formed ice lingam each July and August—has been threatened with violence in recent years, as noted in the Foundation’s latest human rights report. In 2016, several routes to the pilgrimage were closed for a time to ensure the safety of those people undertaking the arduous act of devotion.