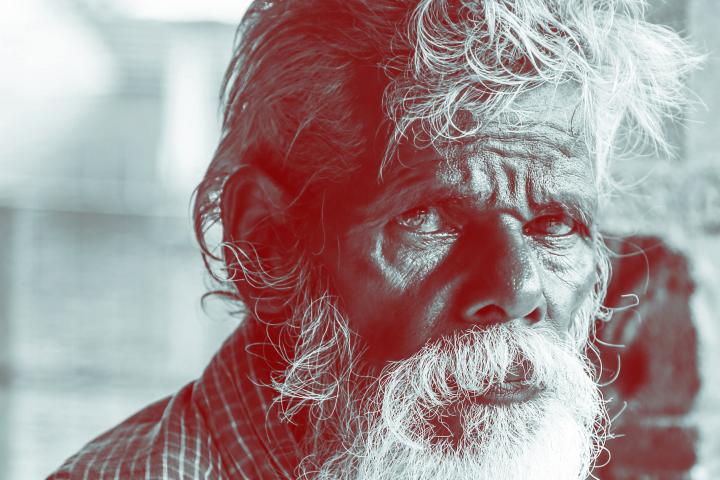 Washington, DC (June 22, 2017) — The Hindu American Foundation (HAF) released the 2017 edition of its Hindu Human Rights report during its second annual Advocacy Forum. This twelfth annual report documents the challenges facing Hindu minorities in ten nations and regions throughout the world and makes policy recommendations to improve conditions for these populations, as well steps the United States can take to assist with this.

“Hindu minorities living in countries throughout South Asia and other parts of the world are subject to varying degrees of legal and institutional discrimination, restrictions on their religious freedom, social prejudice and persecution, violence, and economic and political marginalization,” noted report author Samir Kalra, Esq., HAF’s Senior Director.

“Hindu women are especially vulnerable facing kidnappings and rape ultimately leading to forced conversions in countries such as Bangladesh and Pakistan. In several countries where Hindus are minorities, non-state actors advance a discriminatory and exclusivist agenda, often with the tacit or explicit support of the state,” Kalra added.

Harya’s family exhausted all of their money and possessions in fighting her case in the courts. Luckily for Harya, after multiple hearings in various courts, the higher court eventually ordered her to return home with her family. Such favorable decisions are rare, and in most instances the girls never return home.

After returning home, Harya said that she had been beaten and assaulted by her “husband” and alleged that “A female police officer gave me some kind of an injection. Both the judge and the police were bribed. They told me I was married. They also told me I was now a Muslim.”

In order to protect themselves, Harya and her family fled to another village.

In addition, persecution by both state and non-state actors alike has led to a growing number of Hindus fleeing their country or region of origin and living as refugees.

“The population of Hindus in several countries, where they have been living for thousands of years, is dramatically declining due to constant fear and insecurity,” said Suhag Shuka, Esq., HAF’s Executive Director. “From Afghanistan to Bangladesh to Pakistan, Hindus are under continuous siege and fleeing on a regular basis, further compounding the global Hindu refugee population that previously fled from Sri Lanka, Bhutan, among others.”

Jogeshwar Roy, a 55 year-old Hindu priest, was preparing for prayers at the Deviganj temple one morning in February of 2016. Without warning, six Islamic militants fired gunshots and launched grenades at the temple, while shouting “Allah ho Akbar” and telling Hindu infidels to go to India. They stabbed Roy, slit his throat, and harmed a devotee who attempted to save Roy.

ISIS claimed responsibility for the attack and released the following statement: “In a security operation facilitated by the almighty God, soldiers of the Caliphate liquidated the priest Jogeshwar Roy, the founder and the head of the Deviganj temple that belongs to the infidel Hindus. [T]he Mujahideen returned to their positions unharmed, and all praise be to God.”

Local police ignored ISIS’s claim of responsibility and instead apprehended members of the banned militant outfit JMB and JeI, reflecting a failure by Bangladeshi authorities to acknowledge and address the growing presence of ISIS in the country.

Roy’s gruesome murder was one of many similar targeted killings of Hindus, Buddhists, Christians, and atheist bloggers during 2016.

The report assigns three levels of concern for nations and regions. For 2017, nations categorized as Egregious Violators of the rights of their Hindu minority include Afghanistan, Bangladesh, Malaysia, and Pakistan. Each of these nations has either engaged in or allowed rampant and systemic human rights violations to take place against their Hindu population in the past year.

Countries and regions categorized as being of Serious Concern for 2017 are Bhutan, the Indian State of Jammu and Kashmir, and Sri Lanka. Each of these nations, HAF research shows, have committed severe human rights violations against Hindus living there, but not rising to the level of Egregious Violators.

Finally, HAF’s 2017 Monitored Countries are Fiji, Saudi Arabia, and Trinidad and Tobago. In these places there has been a history of violations against the Hindu community, but conditions have improved in recent years. The exception is Saudi Arabia, where there is a lack of adequate data on the small Hindu population of migrant workers.

“This report serves as an important tool not only to educate policy makers on the religious freedom conditions facing Hindu minorities globally, but also to help ensure that US policies can help bring about positive change in these countries,” added Shukla.