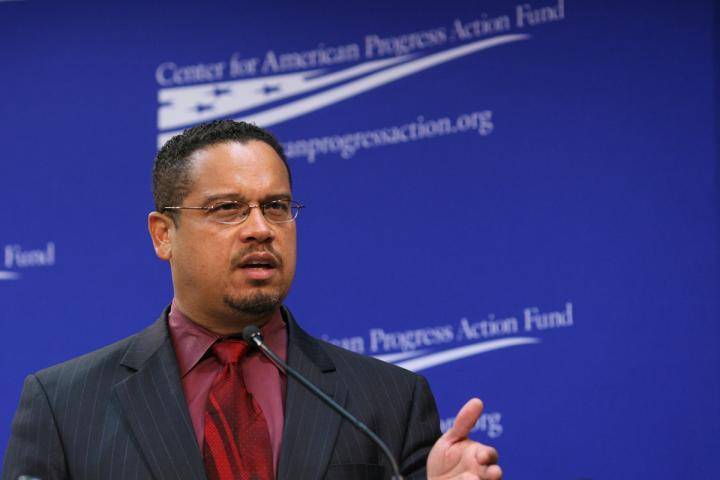 Washington, DC (December 23, 2016) — One week after Rep. Keith Ellison (D-MN) held a conference call with more than 30 leaders of the Hindu and Indian American communities to clarify his contested record over legislation regarding India, the nominee for chair of the Democratic National Committee released a detailed statement this week. The conference call was organized by the Hindu American Foundation (HAF), after the Foundation voiced its concerns regarding the veteran congressman’s legislative record.

“As we discussed, I will do more to integrate the concerns and aspirations of the Hindu community in India into my legislative work,” wrote Rep. Ellison. “I also pledge to highlight the persecution of Hindu minority communities throughout South Asia.”

The phone meeting, which took place on December 12, 2016, was moderated by HAF’s Executive Director, Suhag Shukla, and was joined by Rep. Tulsi Gabbard (D-HI) and representatives of nearly 30 Hindu and Indian American groups. The call covered a wide range of concerns ranging from Rep. Ellison’s focus on South Asia that many felt ignored the concerns of Hindus where they are minorities, to whether he would constructively engage the current Government of India to promote bilateral ties. Leaders on the call also queried Rep. Ellison as to how, should he be elected DNC chair, he would work with the incoming four Hindu American Democrats in Congress to increase engagement and involvement of the broader Hindu and Indian American communities.

Leaders on the call directly questioned Rep. Ellison regarding his focus on the Gujarat riots of 2002, while current Prime Minister Narendra Modi governed the state. Rep. Ellison responded that he viewed the Gujarat issue as a “closed matter” since the Indian Supreme Court has issued its ruling, and wrote in his statement that, “This should be seen in the broader context of my efforts to stand up for minority religious communities, and in no way detracts from my support for Hindus and Hinduism as one of the world’s great religions.”

“On behalf of HAF and the other community organizations present, we appreciate Representative Ellison’s willingness to have an open dialogue about concerns of the Hindu American community, as well as the candor of his responses,” said Shukla. “It is now our hope to look towards the future. We look forward to continuing to advocate on behalf of the Hindu American community with Mr. Ellison, should he be elected DNC chair or remain a Congressman.”

Representatives from prominent national organizations as well as DNC supporters, and Hindu and Indian Americans holding state and federal level public office were invited to participate in the meeting. Organizations and individuals included:

As a registered U.S. based, 501(c)3 non-profit and non-partisan organization, HAF does not endorse political candidates.