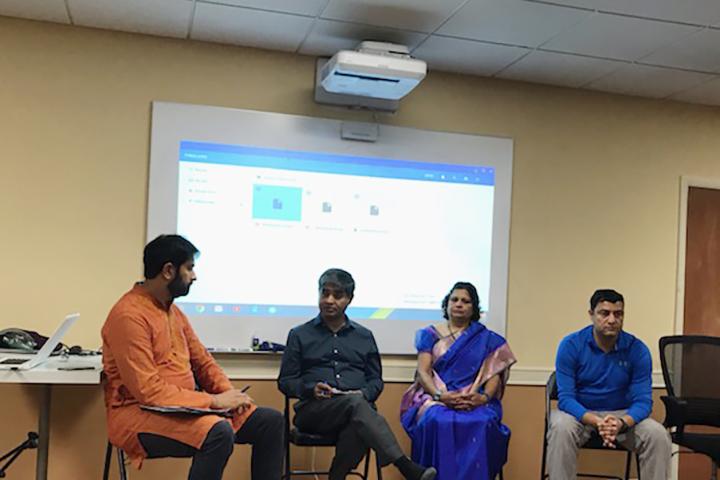 Lanham, MD (October 1, 2018) —In an emotional townhall event this past Saturday at the Sri Siva Vishnu Temple, Bhutanese and Nepali community members shared some of the challenges they have faced in the United States, and urged the greater Hindu community to stand together. The townhall “Helping the Bhutanese and Nepali communities get stronger,” was organized by the Center for Dharma Education and co-sponsored by HAF, HACSI, ISKCON, Sewa USA, Chinmaya Mission, and Georgetown Hindu Life, was inspired by the murder of a Nepali immigrant in July.

K.N. Upreti, leader of the Baltimore Bhutanese community, said the community still struggles with socioeconomic challenges, and lacks access to local Hindu centers. That makes them vulnerable to conversion attempts by Christian organizations, he noted.

Parashu Nepal, a leader in the Nepali community in Northern Virginia, said the Hindu community must do more to stand together with Nepalis. He noted that aggressive proselytizing efforts are eating away at Nepal’s Hindu majority. “We must work together as Hindus and stand for one another,” Nepal said.

Nandini Mouli, board member for HACSI, which has done extensive work with Bhutanese refugees, said the group would continue its service to the community to focus on education and empowerment. She praised the strength of Bhutanese Hindu women in helping the community adjust to an unfamiliar environment.

HAF Director of Government Relations Jay Kansara facilitated the discussion, and added that the Hindu community must work together across different organizations to ensure that Nepali and Bhutanese community concerns are addressed. The SSVT plans to put together more programming to address the unique needs of both communities.