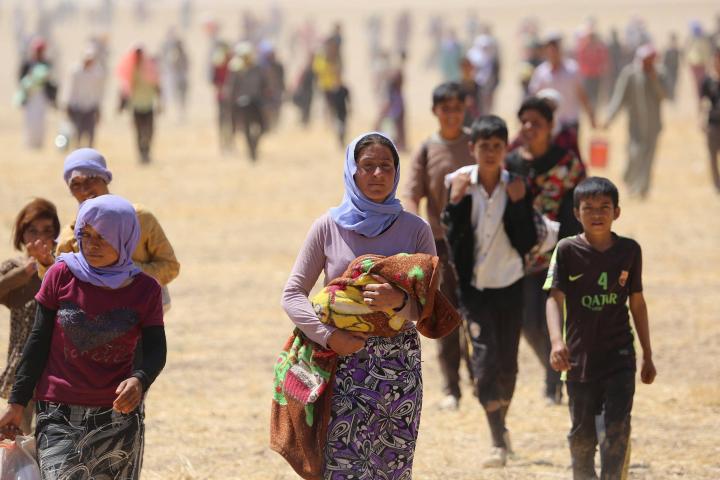 Washington, DC (October 5, 2018) — Leaders of the Hindu American Foundation today praised the Norwegian Nobel Committee for awarding Yazidi activist Nadia Murad the Nobel Peace Prize. Since the beginning of the Islamic State (ISIS) assault on the Sinjar District in Iraq, the ancestral homeland of the Yazidi people, HAF has called for the atrocities committed against the Yazidi to be classified as a genocide.

The gruesome accounts told by Murad and other survivors of ISIS’ tyranny against the Yazidi people include sexual exploitation of women, mass murders of men, as well as irreparable destruction of cultural and civilizational heritage. “There could be no one more deserving of the Nobel Peace Prize than Nadia Murad,” said Jay Kansara, HAF Director of Government Relations.

“Having interacted with her during her visits to Washington, DC, I was moved by her courage and clear vision for her people,” Kansara noted. “As a survivor of gruesome sexual and physical exploitation by ISIS, she does not advocate for the Yazidi cause at the expense of others, but rather strives to ensure that Iraq is safe for all its citizens. We hope for her continued success, and that of the Yazidi people to return to their ancestral homeland to live in dignity and peace with their neighbors. She is an inspiration for thousands of Hindu and Christian women abducted in Pakistan in recent years, as well as the hundreds of thousands of mostly Hindu women in Bangladesh and their descendants who are still waiting for justice after suffering a similar fate in rape camps set up by the Pakistani military in 1971.” Kansara concluded.

Kansara first met Murad at a public program hosted by the Council of Foreign Relations, which provided her a platform to discuss reforms needed to counter human trafficking and sexual violence in conflict zones.