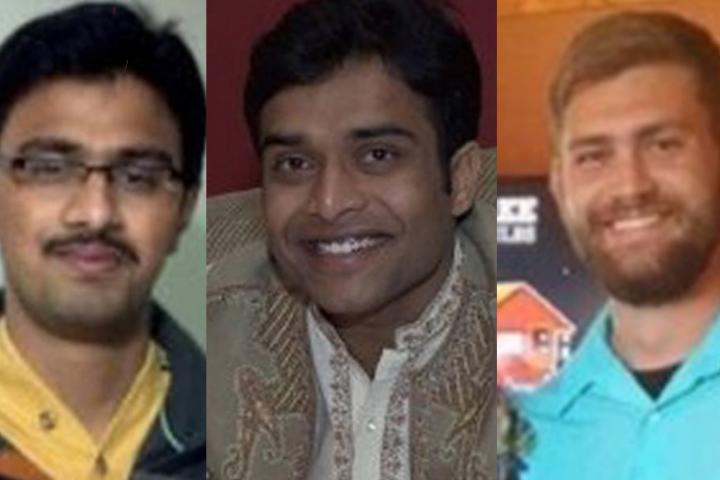 Washington, DC (February 23, 2017) — Leaders of the Hindu American Foundation condemned the shooting of two Indian immigrants and an American bystander (pictured above) in Olathe, Kansas on Wednesday, in what appears to be a hate crime.

According to media reports, a 51-year old resident of Olathe shot Garmin engineers Srinivas Kuchibhotla and Alok Madasani, as well as bystander Ian Grillot who attempted to prevent the shooting, which occurred at a local bar. Kuchibhotla was killed in the attack, while Madasani and Grillot were injured.

“Our thoughts and prayers are with the family and friends of Srinivas Kuchibhotla,” said Jay Kansara, Director of Government Relations. “We are also praying for a speedy recovery for the injured. We call upon the US Department of Justice and local law enforcement to investigate this murder as what it is, a hate crime. Anything less will be an injustice to the victims and their families.”

Prior to the attack, the perpetrator, Adam Purinton, was yelling racial slurs and told the victims, who he reportedly mistook for being of Middle Eastern origin, to “get out of my country.”

Both Kuchibhotla and Madasani earned undergraduate degrees at Indian universities, with their graduate work done at colleges in the United States. Kuchibhotla is survived by his wife and family members in India.

The shooter was arrested early Thursday morning, after being turned in to police by a bartender in Clinton, Missouri, to whom he bragged about the shooting and said he needed a place to hide out. Purinton has since been charged with first-degree murder.

The murder of Kuchibhotla is the first reported bias-motivated fatality in the United States after the bitter Presidential election.

A GoFundMe page has been set up to help send Kuchibhotla’s remains to his native India. To support his funeral expenses, click here.

“We at HAF want to thank those who put themselves at risk to stop this attack or to bring the perpetrator to justice,” Kansara added. “It is these acts of heroism in our communities that make America great.”

This tragic shooting occurs as hate crimes and acts of bigotry have risen notably in recent months. In the past week alone, a Jewish cemetery was vandalized in St Louis, Missouri, offices of Jewish civil society organizations have received bomb threats, and a man was removed from a flight between Chicago and Houston after leveling racist taunts at Pakistani and Indian passengers, to name just a few incidents.

HAF urges anyone that has been harassed, assaulted or threatened with harm on the basis of their identity (e.g., race, religion, disability, ethnic origin, or sexual orientation), to report the incident to law enforcement immediately. Similarly, community members should report any incidents involving vandalism, hateful graffiti, desecration, arson, or violence directed towards temples or other properties.

HAF also requests help in tracking incidents of identity-based or bias-motivated intimidation, threats, harassment, and violence being experienced in our communities by filling out the Bias-Motivated Crime Data Collection Form, if they or someone they know has experienced or witnessed an incident.