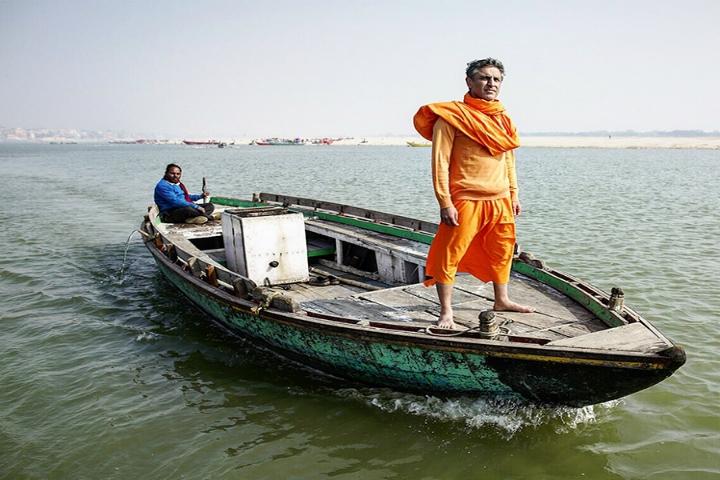 Last week, the offices of the Hindu American Foundation (HAF) began receiving calls and emails raising concerns about the manner in which Hinduism is presented in the first episode of Reza Aslan’s new show Believer, premiering on CNN, Sunday, March 5th at 10pm ET/PT.

The episode focuses on the Aghori sect in Varanasi, India, whose sadhus deliberately appear and behave in ways alien to common Hindu practice, all in an effort to transcend dualities and realize spiritual oneness. Though renunciation is a key part of Hindu practice broadly speaking, Aghori babas are the epitome of spiritual occult and stand apart from other sadhus in most ways. The deeply mystical — sometimes revolting — practices of Aghoris, a sect comprising the smallest minority of Hindu sampradayas (spiritual traditions), has long invited the spotlight of foreign journalists. And too often, that spotlight has not been kind.

In fact, in 2003, the now defunct Tampa Tribune newspaper published a story on Aghoris entitled, “Voyage into Madness,” with a subheading of “Hindu cannibals.” The article, devoid of context or explanation of the spiritual underpinnings of Aghori practice, galvanized the Hindu community in Tampa, Florida to protest — many of whom were founding donors of HAF — and successfully compelled the story to be retracted. So the news that Aslan’s first foray into documenting Hinduism on television would focus on Aghoris raised alarms at HAF offices.

Religious literacy in the United States about Hinduism, as every Hindu American knows, is woefully inadequate. The Pew Religious Knowledge Survey of 2013 found that only 36% of Americans could answer a single question about Hinduism: Whether Shiva and Vishnu were deities associated with Hinduism. When the knowledge deficit is so stark, and minority communities are facing a rise in hate incidents across the US— a Hindu American was killed and Sikh American was shot in likely hate crimes in the past week — why would Aslan and CNN sensationalize the Aghoris as a primetime introduction to the faith of a billion Hindus, most of whom have never seen or met an Aghori?

And the initial promotional materials and trailers on CNN include the titillating, with a banner headline “CANNIBALS” to a revolting scene of a Sadhu flinging urine. But there is also a trailer that describes the spiritual significance of Aghori practice, core beliefs, and scenes of a tranquil school where children of all castes and creeds were being educated by practicing Hindus living the Hindu Aghori faith of loving, serving, and caring without discrimination.

HAF’s Director of Communications, Mat McDermott, reached out and met with Aslan earlier this week and held a frank discussion outlining Hindu American concerns, the risks of exoticizing a religion of which few Americans have even passing knowledge, and to understand Aslan’s own motivations and perceptions of Hinduism. McDermott, subsequently, attended a pre-screening of the episode in New York City.

The episode does indeed devote copious footage to highlighting stereotypical and sensationalized presentations of Hinduism: simplistic description of karma; conflations of caste/varna/jati; and the pollution in Varanasi and of the Ganga. There is the de rigueur swami in saffron talking about how the caste system is natural — of course people are unequal, he quips. There is the stereotyped image of a naked Aghori sadhu, drinking alcohol from a human skull, literally eating what is ostensibly human flesh, taking Reza on as his disciple, threatening to behead him if he talks any more, and then throwing his own freshly excreted urine at him, all on camera for viewers to see.

The episode then shifts to non-renunciate members of the sect. These members who are deeply devout Hindus working tirelessly to end caste discrimination, are shown working with lepers and orphans, and doing environmental cleanup. All of this work, Aslan declares, is rooted in the most fundamental Hindu beliefs about the oneness of all beings, the importance of seva, and devout worship. Aslan proclaims to camera, “You want to know what putting your faith into practice looks like? This is what it looks like.”

At an audience interaction after the screening, Aslan told the audience that some of the most important work being done today to end caste discrimination is being done by Hindus using scripture to root their actions in Hindu teaching.

McDermott’s discussions with Aslan were frank. Aslan is aware that many Hindu Americans will watch the CNN Believer episode with trepidation, fearing that an episode on Hinduism featuring Aghoris will do little to combat ignorance of their faith, and do much to perpetuate misconceptions of caste and Hindu asceticism. Many Hindus, he knows, will be infuriated and protest loudly.

McDermott also raised the question of whether Believer would showcase an episode covering Aslan’s own faith, Islam. Aslan informed him that the producers originally intended to shoot an episode featuring the Ashura festival in Pakistan. Everything was scripted, scouted, and ready to go. But no one would insure the production to shoot — at least at a price that didn’t break the show’s budget. The episode was abandoned. If and when there’s a second series of Believer, Aslan assured that Islam would definitely be included.

When National Geographic, with Morgan Freeman, moved forward with its series on religion, The Story of God, HAF was approached pre-production and asked to serve as a consultant, offering ideas and suggestions, and connecting National Geographic with an eloquent swami who beautifully contextualized, explained, and demonstrated Hindu religious practice. The result was a highly successful episode that has the potential to improve religious literacy. CNN does not appear to have sought similar counsel, and HAF was not informed of the show’s production until last week. And as a result, HAF is extremely concerned that while they are not Aslan’s intentions, erroneous depictions, misleading imagery, and provocative first half of the program could exacerbate Hinduphobia in the face of widespread religious illiteracy about Hinduism.

HAF leaders will watch the episode on Aghoris on Sunday evening, and live tweet during the event. HAF invites the general public to share their own impressions, and HAF will continue its dialog with Aslan and CNN.

HAF encourages everyone to watch Believer and let CNN know how you feel about it. Comments made after seeing the episode in full and made in a detailed manner about specific show elements are likely to be more influential. If you are on Twitter, members of the HAF team will be live tweeting commentary, criticism and contextual materials during the broadcast on Sunday, March 5, 10pm ET/PT. Follow us at @HinduAmerican. Use the hashtag #Believer. Please note: HAF members who choose to contact CNN directly should do so in their personal capacity.