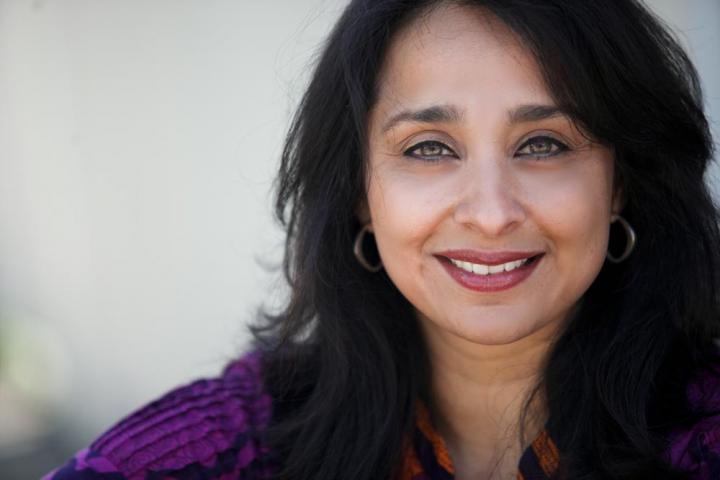 As the Executive Director of the Hindu American Foundation, I emphatically deny on behalf of the Foundation any endorsement or approval of CNN Original’s Believer.

On March 8, show host Reza Aslan posted on his Facebook page a statement in which he misrepresented his communication with the Hindu American Foundation about his show.

Aslan stated that he “had numerous meetings by phone and in person with representatives of the Hindu-American Foundation.” In fact, Aslan met in person with a single representative of HAF one time at the behest of HAF. HAF requested the meeting to articulate concerns about the show based on its trailers. Prior to communication about a meeting, no member of HAF’s National Team had a substantive phone conversation or correspondence of any kind with Aslan about the show.

I urge Reza Aslan to stop misrepresenting the extent of this single meeting, during which he was informed of the many concerns HAF had about the content, based on viewing online trailers, about errors and misrepresentations made about Hinduism, as well the possible damage and harm that could come to Hindus in the wake of rising hate crimes and anti-immigrant sentiment as a result of the show’s stereotypical and sensationalized presentations.

In addition, HAF asked Aslan as to why his own religion, Islam, was not being featured in any of the episodes. Aslan informed HAF that 1) the production could not initially find a company to insure the filming of a planned episode in Pakistan; and 2) when one was found, CNN refused to pay. HAF was told they could publicize this information.

Just a few days after this single meeting, the same representative of HAF attended a public screening of the episode in question at the Museum of the Moving Image in Queens, New York.

Live tweets from myself and other members of HAF during the first episode make clear our shock, disgust, and frustration with Aslan’s shallow and erroneous portrayal of Hindu teachings. These detailed critiques, which sought to correct errors and provide context, can be viewed on the following twitter feeds: @HinduAmerican, @SuhagAShukla, @aseemrshukla, @rajiv_pandit, @rishi_bhutada, @matmcdermott.

Religion News Service days later published Reza Aslan’s ‘Believer’ sensationalizes and stereotypes Hindus, a critique by HAF cofounder Aseem Shukla further articulating not only our deep concerns, but echoing those of thousands Hindus across the country and around the world expressing through social media their shock, frustration, and fear of reprisals.

In the hours and days since the premiere, countless Indian and Hindu Americans, organizations, scholars of religion, prominent leaders, and friends of the community have expressed similar concerns to those of HAF. At least three Hindu American legislators (Ro Khanna D-CA, Tulsi Gabbard D-HI, and Raja Krishnamoorthi D-IL) have made public statements criticising the content, presentation, and timing of the show.

Contrast CNN’s Finding Jesus to Believer, airing immediately prior. There, multiple scholars of Christianity were privileged to speak about a religion they practice. In Believer, Aslan instead arrogates for himself the authority to make pronouncements and judgements about a religion of which he is neither a scholar nor a practitioner. He also makes countless errors in his narration about Hindu spirituality and practices.

Errors are bound to be made in the absence of subject matter expertise. To overcome this, other major media houses such as National Geographic, Disney Pixar, Harpo Productions, and 20th Century Fox have proactively solicited input and feedback from both experts and stakeholders pre-production or prior to promotion, or at the very least, have constructively responded to concerns by retracting errors and making corrections prior to release.

Though not a formal documentary, Believer is nevertheless nonfiction programing broadcast on a globally renowned news network and marketed as being hosted by a “scholar of religion.” And in spite of Aslan’s assertions that the episode was not about Hinduism both in his initial communication to us and as publicly restated, the very opening line, “I came to Varanasi to do a show about Hinduism, about karma, about reincarnation, and the caste system, and a little known Hindu sect called the Aghori,” tells viewers the opposite. At a time when distrust and fear of minorities and immigrants is so heightened and incidents of hate crimes are on the rise, presenting Hinduism, a religion about which the majority of Americans know little about, in such a sensationalized way shows highly questionable judgment on the part of CNN.

The Hindu American Foundation has joined the Coalition for Religious Literacy, a growing coalition of Hindu and Indian organizations, and friends of the community, which offers constructive and actionable steps to rectify errors, better educate CNN’s viewership, and most importantly, circumvent the potential exacerbation of Hinduphobia Believer’s stereotypes and errors may cause. And to this end, I insist that CNN engage in this necessary conversation.

Read the Coalition for Religious Literacy letter, sent to executives at CNN and signed by more than 80 organizations across the United States and Canada.