5 things to know about sadhus
EducationThings To Know

5 things to know about sadhus 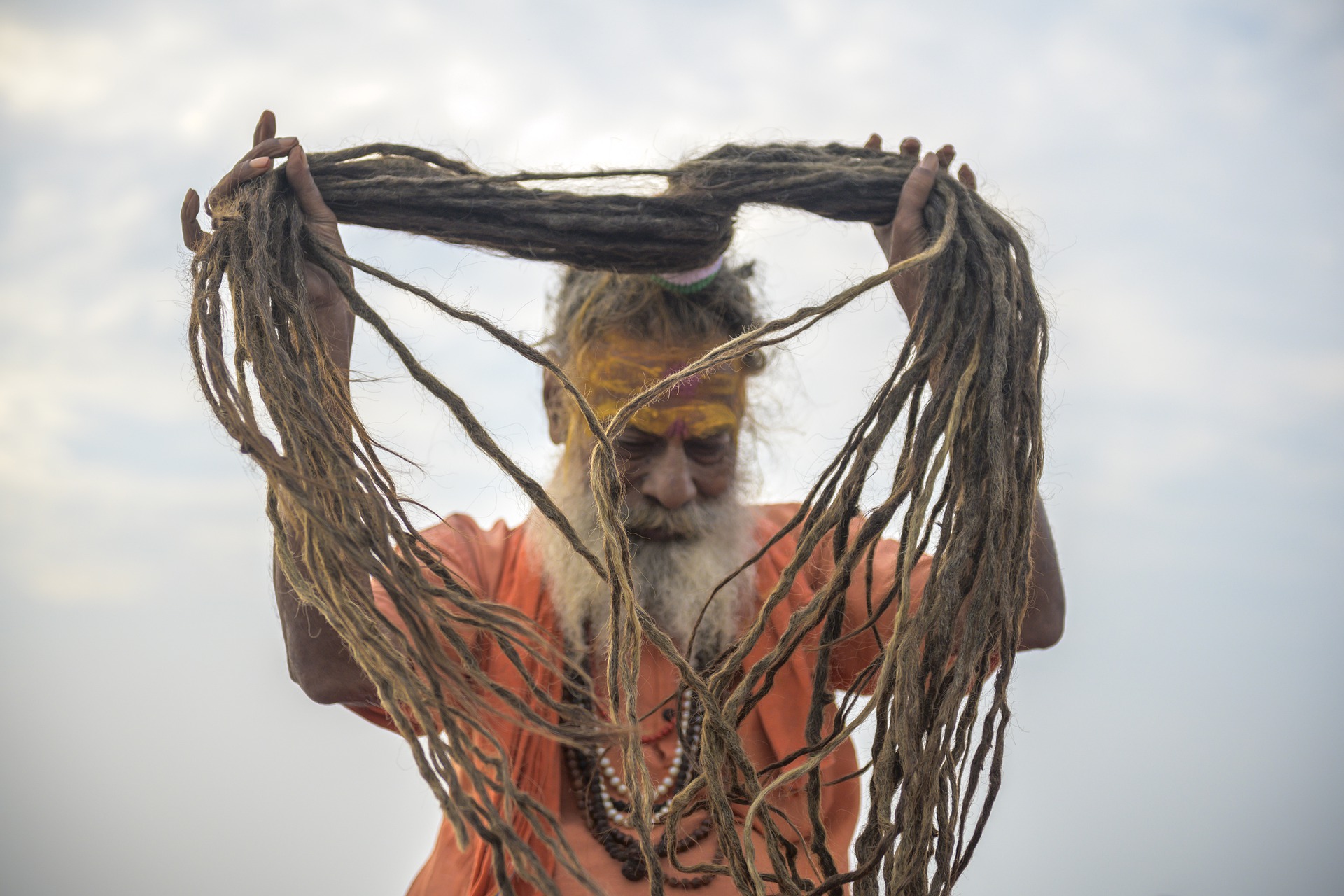 From the Sanskrit root sadh, which means “make straight,” or “reach one’s goal,” the term sadhu refers to a mendicant, ascetic, or any holy person within Hinduism who has renounced all earthly attachments with the unswerving objective of connecting to the Divine.

As the reaching of any lofty goal requires one to be disciplined and focused, a sadhu can literally be defined as one who has committed their entire life to the practice of a sadhana, or path of spiritual discipline. While the customs and practices of these disciplines may vary according to sect or tradition, thus resulting in a wide range of habit and dress, the aim of every genuine sadhu — to remain firmly fixed on the path of spirituality — is ultimately the same.

2) Sadhus traditionally belong to the fourth ashram, or stage of life

The ultimate aim of life, according to Hindu texts, is to let go of worldly attachments, transcend the material ego, and reconnect with the Divine (our spiritual source) — in other words, take the path of a sadhu.

But because letting go of such attachments is very difficult, the Vedas divide life into four ashrams, or progressive stages, through which every person can learn to slowly give up their selfish desires so that they can eventually attain liberation.

The first stage, called brahmacharya, generally began at the age of five, when a child was sent to a gurukula (ancient India’s education system), where they would live with and serve a teacher/guru who would, in turn, give the child a worldy, and more importantly, spiritual education. Through the process of sincerely serving a compassionate and loving teacher, students would learn the value of discipline, and how to build habits of selflessness, setting a foundation for future spiritual growth.

After completing their education, young adults would then enter the second stage, known as the grihastha ashram (married life). Besides providing a healthy outlet for one to fulfill his or her worldly inclinations, the duties of having a partner and children further trains a person to pay attention to and look after the needs of others. As the realm of our responsibilities widens from just the guru to also a family, our capacity to consider the well-being of others also widens, enabling in us even greater spiritual growth.

Once the children are raised and the responsibilities of family life naturally start to wind down, the scriptures encourage us to shift into the third stage of life called vanaprastha. With vana meaning “forest,” and prastha meaning “going to,” the vanaprastha ashram is when one would start to detach oneself from worldly association by moving out of the city to a more secluded place where yoga and meditation could be practiced with minimal distractions. Making sure everyone in the family is emotionally and financially secure, a person in vanaprastha begins the process of preparing to take sannyasa, or enter the fourth stage of life in which one completely retires from family life, becomes a renunciate, and wholly commits to the life of a sadhu.

While the first three stages are to help guide one toward eventually becoming a renunciate, they are by no means a requirement. A person of any age, or economic, social, and regional background, can become a sadhu, providing they have the sincere desire, and are genuinely able to follow the path.

3) How to recognize a sadhu

Recognizing a genuine sadhu, despite some reverential title a person holds — there are many such titles within Hinduism — requires keen discernment, a proper understanding of what such titles stand for, and how they relate to the essence of what it truly means to be a sadhu.

To help clear up any confusion, here’s a quick breakdown of some of Hinduism’s more common titles:

Sadly, there are those in the world who, by dressing a particular way and speaking cleverly, trick spiritual seekers into serving and worshiping them. Because of this, it’s important to learn how to recognize genuine sadhus based not on their honorific titles, but by their qualities, such as tolerance, compassion, and friendliness to all. Tranquil, and abiding by the scriptures, a sadhu is completely surrendered to the Divine, and thus depends on the kindness and donations of others to get by, giving in return life’s most valuable gift: spiritual knowledge.

While numerous more divisions exist within and outside of these two groups, a myriad of practices, like living in an ashram or temple, keeping dreadlocks or matted hair, and wearing shades of orange, are common to many.

Having said that, certain customs are more common to particular groups. Though it’s true there are those within the Vaishnava tradition who keep matted hair, there are many who also maintain a shaved head — a practice not usually followed by those within the Shaiva traditions. Vaishnava sadhus also generally like to stay very clean, while many within the Shaiva traditions, like the Naga Babas and Aghori, smear their bodies with ashes. Nagas are also known to live naked and subject themselves to frigid temperatures, while Aghoris have become notorious for using human skulls as supping bowls.

Though everything originates from the Divine and is thus spiritual in nature, the dualities of life — like hot/cold, old/young, ugly/beautiful, etc. — create in many a consciousness of attraction and aversion that is solely based on material designations. The seemingly unorthodox/extreme customs engaged in by these Shaiva groups therefore help practitioners transcend the mundane notions of attraction/aversion that so often distract one from perceiving the Divine reality that connects everyone and everything.

Ultimately, whichever sect a particular sadhu is a part of, the underlying point of every genuine practice is essentially the same — to remind one of the impermanence of worldly life, so that one can better focus on achieving the goal of uniting with the Divine.

5) How one can become a sadhu

Becoming a sadhu begins, first and foremost, with a sincere desire to pursue the path of spirituality. If such a desire strongly manifests in a person, that person is encouraged to seek a genuine guru who can provide the guidance and training needed for success.

One should humbly approach a guru by attempting to perform some sort of seva or service, which, if executed sincerely, can invoke a guru’s natural compassion and subsequent willingness to offer instructions on spiritual matters. Such service also helps a person to better cultivate the humility required to receive and assimilate said instructions.

Providing one remains committed, sincere, and humble, a true sadhu, who always feels concerned and responsible for the spiritual welfare of society, will be naturally impelled to give guidance. It is through such guidance that people can eventually transform into sadhus themselves. As the well-known proverb goes, “when the student is ready, the teacher will appear.”