Will Trump End Pakistan's Extortion of the American Taxpayer? - Hindu American Foundation
On The Issues

Will Trump End Pakistan’s Extortion of the American Taxpayer? 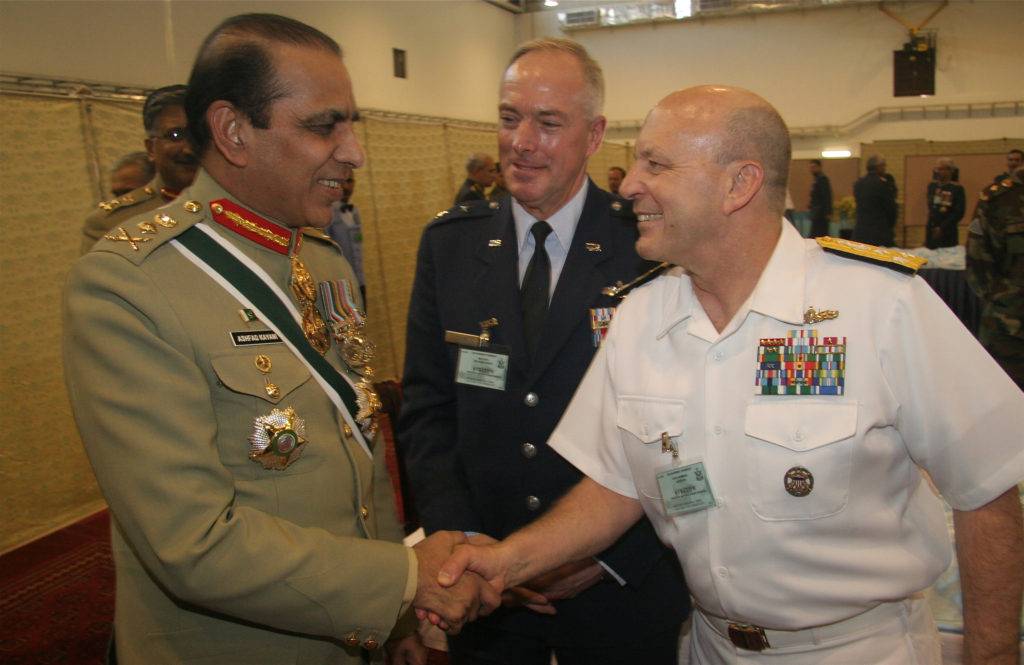 As the January 20 inauguration of President-elect Donald Trump nears, questions abound about his domestic and foreign policy priorities. Immigration reform, health care, and relations with Russia and China all figure to play prominently on his agenda, but for many Hindu Americans, the new administration’s Pakistan policy will also be of great concern.

Most importantly, his position on whether to allow military aid to flow to Pakistan unabated and without meaningful restrictions, will have significant implications. Continuing the status quo will only further embolden Pakistani military leaders and facilitate the continuation of failed Pakistan policies that have plagued past Democratic and Republican administrations, alike.

Hindu Americans have grown tired of the unending flow of billions of dollars in military aid to a country that foments conflict in South Asia, uses terrorism as an instrument of state policy, and systematically persecutes Hindus, along with other religious and ethnic minorities.

Pakistani diplomats and military officials have successfully manipulated U.S. policy makers for decades, playing on their worst fears of an extremist takeover or collapse of the Pakistani state, and nuclear weapons falling into the hands of “rogue” elements.

These doomsday scenarios have already been slowly materializing for years, however, under the leadership of the same military establishment that uses the threat of catastrophe to extort and blackmail America, and its taxpayers, to fill its own coffers.

Starting with the ascension of General Zia ul-Haq in the 1980s, and even earlier according to some analysts, the state apparatus accelerated the Islamization of Pakistan, with Islam increasingly becoming a central part of the national ideology, Constitution, and legal framework. This then precipitated a trickle down radicalization, impacting the country’s institutions, schools, and society at large.

Islamic schools, or madrasas, teaching extreme interpretations of Islam and radicalizing children as young as five years old have proliferated at an alarming rate with up to 30,000 madrases currently active in the country. Many of these are run directly by terrorist organizations, such as  Laskhar-e-Tayyaba (renamed Jamaat-ud-Dawa in 2002), a U.S. State Department designated Foreign Terrorist Organization (FTO), and have not been effectively regulated by the government.

The creation of a public school curriculum that inculcates hatred for minorities and glorifies violent jihad has similarly normalized intolerance, as noted in the Hindu American Foundation’s annual human rights reports.

At the same time, state and societal efforts to erase visible signs of non-Muslim culture from the public sphere and institutionalize the second-class status of minorities ramped up, while hard-line religious parties and terrorist groups were empowered. The expansion of the media and television also gave a platform to radical preachers to reach the masses with their hateful rhetoric that demonizes Hindus, Christians, Ahmadiyya Muslims, and others that don’t conform to their narrow sectarian ideology.

Similarly, individuals with radical sympathies penetrated the civil bureaucracy, police, military, and intelligence services from the lowest ranks to the highest echelons of power, creating a self-perpetuating culture of extremism. Government officials have also routinely felt the need to “appease religious hard-liners,” while the military allows “banned” jihadi groups to operate freely and openly, and commit sectarian attacks. This all stems from an intentional policy decision early in Pakistan’s history to inextricably link religion, politics, and the military.

As a result, for all intents and purposes, the extremists have in fact shaped and controlled the country’s policies for several years now. It’s thus unclear why international observers believe that Pakistan’s nuclear weapons are safe in the hands of a military establishment that has already proliferated nuclear weapons through Dr. A.Q. Khan and asserts a “first use” nuclear doctrine against India, has introduced tactical nuclear weapons into its battlefield arsenal, and utilizes terror groups as proxies against its neighbors.

And Pakistan is marked by dysfunction and the failure of its civil institutions, as well as an inability to enforce the rule of law over large parts of the country or exercise a monopoly over the use of force, in essence acting like a failed state.

According to Senate Foreign Relations Committee testimony from policy expert, Daniel Markey, “Worse than being ineffective, U.S. aid to Pakistan can even be counterproductive. Too often throughout the history of the U.S.-Pakistan relationship, American money has propped up some of the most repressive, anti-reformist leaders and institutions in Pakistani society, including the military and feudal civilian elites.”

Despite all our efforts, Pakistan’s perceived strategic interests in Afghanistan, India, and the region as a whole will never align with America’s.

The Trump administration has to shift away from the current disposition in many American policy circles that still view supporting the Pakistani military establishment as the best option for stability, rather than the source of the problem. Generous military aid packages with little or no accountability have clearly not helped us achieve our strategic objectives in the region and have only amplified the problem. More disturbingly, Pakistani officials have claimed that it has not received enough aid from the U.S., describing the billions of dollars as mere “peanuts.”

President-elect Trump should build on recent positive steps, such as the decision to cancel the subsidized transfer of eight F-16 fighter jets to Pakistan earlier this year and the addition of a bi-partisan amendment to the National Defence Authorization Act of 2017 that requires certification that Pakistan is taking action against the Haqqani terror network in exchange for the release of $450 million of the $900 million coalition support fund.

But more needs to done.

Beyond implementing and enforcing additional legislative accountability measures on aid to Pakistan, the total amount of aid needs to be drastically reduced and more strategically used. A carrot approach without the requisite “sticks” will not yield the desired outcome of a change in Pakistan’s behavior. In other words, more coercive no-nonsense measures need to be adopted, such as leveraging the threat of sanctions that accompany labelling Pakistan as a state sponsor of terror and a Country of Particular Concern for its use of terror groups and for its egregious religious freedom violations, respectively.

Notwithstanding his recent phone call to Pakistani Prime Minister, Nawaz Sharif, where he showered exuberant praise on Sharif without acknowledging the rise of radicalism or Pakistan’s role in fomenting terrorism, as a Washington outsider and anti-establishment figure, Trump may be well positioned to execute the necessary changes to alter the current course of what is perhaps the most confounding U.S. alliance in modern history.