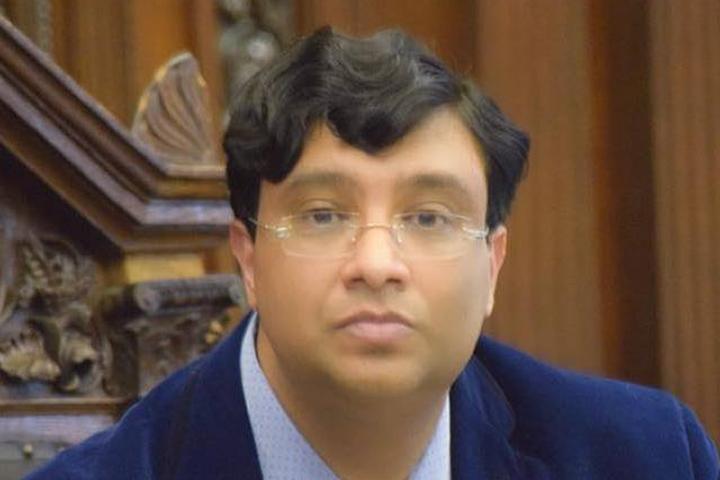 Washington, DC (May 2, 2017) — Leaders of the Hindu American Foundation (HAF) once again raised red flags about the US Commission on International Religious Freedom’s (USCIRF) inclusion of India as a Tier 2 violator of religious freedom in its annual report released last week, and its continued association with a known terrorist sympathizer. They also pledged to take their concerns about the Commission to Congress.

Despite being in receipt of disturbing details uncovered by the Foundation about the questionable expertise and affiliations of UK-based activist, Dr. Iqtidar Karamat Cheema (pictured above), who the Commission retained earlier this year for a special report on India, USCIRF revalidated the woefully erroneous and anti-Hindu special report in its annual report.

“Dr. Cheema is not an expert on India. He’s a British activist who’s been honored by several Pakistani government bodies, and has consistently advocated for Pakistan’s foreign policy objectives, including fomenting separatist movements in India,” said Samir Kalra, HAF’s Senior Director for Policy. “He’s also publicly endorsed and encouraged the violent Khalistan terrorist movement seeking to create a separate Sikh state — including support for the Babbar Khalsa, a terrorist organization banned by the UK and India.”

In March, HAF brought to the Commission’s attention that Cheema’s academic affiliation, the Institute for Leadership and Community Development (ILCD), was not an independent entity, but a trade name for the charity Muslim Hands UK — an organization officially banned by the Israeli Defense Ministry as a sponsor of terrorism, for its purported support of Hamas. The Foundation also discovered that the charity was a member organization of Muslim Charities Forum, which had its state funding revoked by the British government for reported ties to radical groups.

Publicly available records also showed that one of the directors of Muslim Hands is a current Minister serving the Pakistani Government. Amongst other evidence submitted by the foundation were translations from Punjabi of video speeches by Cheema endorsing separatist movements at numerous rallies and television appearances.

“That USCIRF believes it can get credible information about on-ground realities in India from a possible proxy of the Pakistan government should raise alarm bells for the American foreign policy establishment,” said Suhag Shukla, Esq., HAF’s Executive Director.

“The Commission’s lack of transparency and judgment not only diminishes the credibility of USCIRF as an institution, but the US government as a whole. This year’s report recycles and exaggerates incidents from questionable sources, and has now gone down the dangerous path of aligning US policy with an agenda that is not just sympathetic, but supportive of cross-border terrorism,” Shukla concluded.

Tier 2 nations are alleged to be routine violators of religious freedom, but not egregious enough for USCIRF’s Tier 1 category of Country of Particular Concern (CPC). The intent of USCIRF annual report is to influence the State Department, which has its own designations of CPC countries. Only the State Department’s assessment are binding by law with regulations linked to trade and bilateral relations with the United States.

Both Kalra and Shukla noted that the Foundation would be advocating for a congressional inquiry into how the Commission came to associate itself with Cheema, the nature of that relationship, as well as a broader inquiry into its fact-finding practices.