USCIRF: The “Mission for International Christian Freedom” - Hindu American Foundation
On The Issues 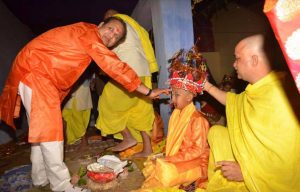 Although historically relegated to the margins of U.S. foreign policy, the promotion of religious freedom internationally is now increasingly receiving attention from our policy makers and government institutions.

USCIRF’s zealous pursuit of religious freedom, however, has been motivated by a not-so secret agenda of promoting Christian evangelical interests abroad, all the while carrying the weight and imprimatur of the U.S. government.

In fact, USCIRF’s foundational roots lie firmly in a grassroots evangelical Christian movement that culminated in the Wolf-Specter “Freedom from Religious Persecution Act,” a 1997 bill motivated almost exclusively by concerns for the persecution of Christians abroad. Although the bill failed, it evolved into the 1998 International Religious Freedom Act (IRFA), which contained a broader mandate and gave birth to USCIRF. While the IRFA and by extension, USCIRF, were intended to ostensibly monitor religious freedom for all groups, the impetus was clearly focused on Christians and based on a Christian worldview.

A Commission lacking any semblance of genuine religious diversity (notwithstanding a small handful of non-Christian Commissioners through the years) and an agenda that has overwhelmingly sought to promote and further Christian missionary and conversion activities globally over the past two decades. While USCIRF has also monitored and advocated for the religious freedom of other communities, one need not look any further than USCIRF’s annual reports and its activities to see the glaring disparity in reporting on Christians compared to other religions.

This built-in bias, not to mention a complete lack of transparency and accountability compounded by reliance on questionable sources, has severely curtailed USCIRF’s credibility and effectiveness. And as a result, some of our strategic allies, such as India, have refused to even engage with USCIRF and repeatedly denied entry to its Commissioners.

Instead of attempting to dispel any notions of bias, however, USCIRF’s government patrons have doubled down on its evangelical roots with the recent appointments of several overtly far-right and controversial evangelical Christian leaders.

The most prominent of those is Tony Perkins (pictured above), the current President of the Family Research Council, a Christian lobbying organization designated as a hate group by the Southern Poverty Law Center. Perkins, who was appointed by Senate Majority Leader Mitch McConnell (R-KY), has dedicated his life to promoting policies that seek to restrict the individual freedoms and civil liberties of ordinary Americans. His disturbing record on religious freedom dates back to his time as a legislator in the Louisiana House of Representatives, where he spearheaded legislation requiring daily prayer in Louisiana schools, among other Christian conservative priorities.

Perkins has also made several denigrating comments about non-Christians and their place in America. He described a U.S. Marines yoga and meditation program for PTSD prevention, rooted in Hinduism and Buddhism, as “goofy” and an obstacle to creating a personal relationship with God. According to Perkins, only the Christian faith could do that. And in 2007, he criticized the first Hindu prayer before the U.S. Senate, when he stated that, “No one can legitimately challenge the fact that the God America refers to in the national motto and other places is the monotheistic God of the Jewish and Christian faith. There is no historic connection between America and the polytheistic creed of the Hindu faith.”  That such an individual who is both religiously bigoted and religiously illiterate (Hinduism is not a polytheistic creed) is now tasked with monitoring religious freedom internationally on behalf of Americans is mind boggling.

Perkins has also made controversial remarks about Islam and questioned the application of First Amendment protections to Muslim Americans. Furthermore, Perkins, who is well known for anti-LGBT views, even once described religious freedom as having to be “based on orthodox religious viewpoints.”

Perkins’ appointment is not isolated. In addition to Perkins, three other evangelicals were appointed by President Trump – Gary Bauer, Johnnie Moore, and Nadine Maenza.

Bauer previously served as President of the Family Research Council and has long been involved with other evangelical Christian organizations. Upon his appointment to USCIRF, Bauer even tweeted that his focus would be on Christians.

And to better understand Moore’s views on religious freedom, one need not look any further than World Help, one of the many evangelical and missionary Christian organizations that he serves on the board of directors of. Among its many false and inflammatory statements, World Help has described Nepal’s Hindu temples as “constant reminders of this country’s deep spiritual darkness” and indicates that there are many Hindus in Nepal “searching for the truth, praying to deaf idols because they know no other way.”

How someone that leads an organization with such exclusivist and bigoted views can advocate for the religious freedom of Hindus or other non-Christians as part of USCIRF is inconceivable.

And finally, the other newly appointed Commissioner, Nadine Maenza, has similarly supported evangelical Christian positions, such as by opposing marriage equality for LGBT Americans and promoting a constitutional amendment to prohibit abortions, through her role as Executive Director of Patriot Voices.

These appointments were not coincidental, but rather part of a concerted effort to stack USCIRF with as many evangelicals as possible, removing any pretense that USCIRF is an unbiased institution that will carry out its mandate equitably. Expecting it to now promote religious freedom for the world’s 69% non-Christian population, when it is overwhelmingly evangelical in bent and composition, is absurd.

Perhaps it’s just time to openly acknowledge this fact by heeding the words of noted Belgian political science professor, Dr Jakob De Roover, and rename USCIRF to the “Mission for International Christian Freedom” and let it “go on spreading the good word.”

Or we put a stop to this U.S. government sponsored and taxpayer funded evangelical crusade and end USCIRF’s reauthorization once and for all.

Samir Kalra, Esq. is a Managing Director at the Hindu American Foundation.