Why caste is so complex, and how students can better learn about it - Hindu American Foundation
Education 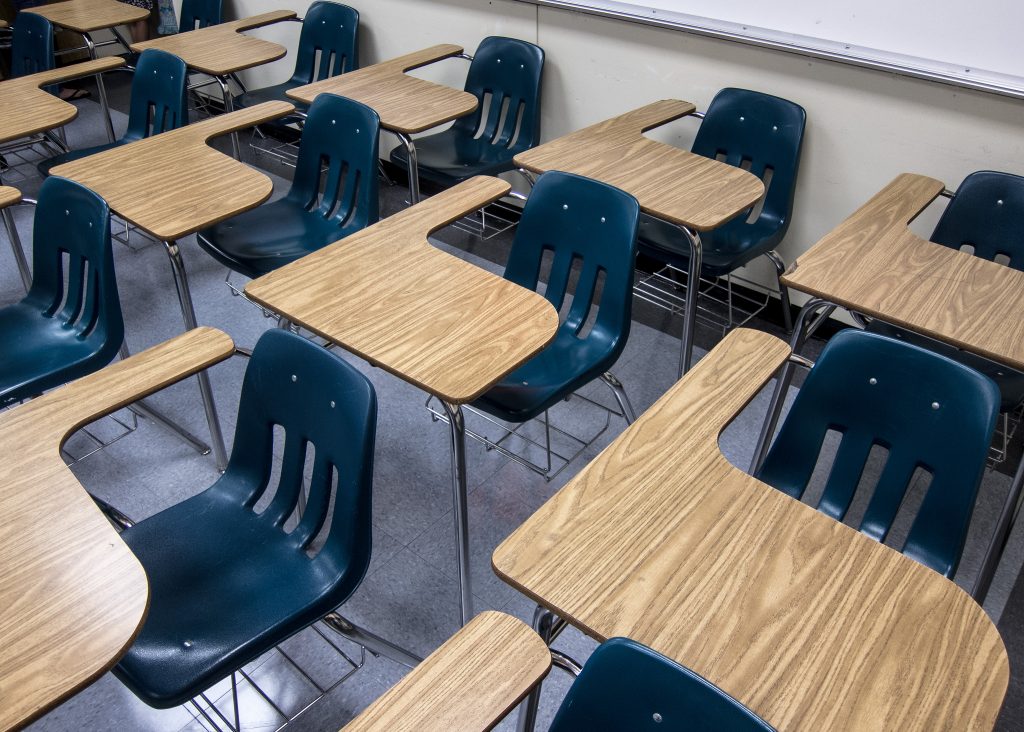 The challenge of teaching – and learning – about history is that no textbook or even the best teachers can fully capture its nuances, complexities, and contradictions.

For years, the West’s understanding of what is known as the caste system in the Indian subcontinent has been shaped by stereotypes, Orientalist narratives, controversial racial theories, and an often baffling desire to conflate social class with religion. The narrative has gone something like this: ancient India developed a top-down caste system based on purity laws, which were part and parcel of Hinduism. Hinduism’s rigid caste system oppressed many until they were “liberated” by religions such as Buddhism and Jainism, and later Christianity, Islam, and Sikhism.

In many ways, the direct implication is that caste (and casteism) are central to Hinduism, and the only means of escaping caste is to escape or annihilate Hinduism. This narrative was not only popular among Western missionaries and Anglocentric writers, most notably the early 20th century writer Katherine Mayo, but was later embraced by Indian Marxists, some academics in South Asian studies departments in the United States, and other South Asian activists who equated the post-independence Indian state to Hindu domination. Ironically, some of these same activists have argued against Orientalism, yet use Orientalism as the basis of their arguments to tie caste to Hindu theology.

Such a narrative has essentially been part of a systematic misrepresentation – and occasionally wilful lying – of what caste is, and an attempt to make caste inextricably intertwined with Hinduism. Indeed, some textbooks continue to refer to social practices in the subcontinent as the Hindu caste system. Such depictions depict caste and casteism as static, theologically based, and extant for thousands of years, contradicting reality and academic consensus to the contrary.

As Nicholas Dirks has argued for decades, the idea of caste is more of a defining feature of how Europeans viewed Indian society – and Hinduism – and tried to make sense of its enduring complexities and contradictions. From the time Portuguese sailors and missionaries arrived in India in the 15th century to the implementation of the British Raj, the term caste has been the easiest way of bringing order to what cannot be simply defined or categorized. What the Europeans did is try to label (and later codify) something they had never seen before in a manner that seemed more in line with their worldview. And that makes sense. If you visit a foreign country, you are more likely to gauge it based on your experiences and reference. And you would describe that to your friends in the same way, akin to someone who just visited an Indian restaurant comparing their dosas to crepes. But most would agree that dosas are not crepes.

This is perhaps why descriptions of caste are so hard to accurately make in textbooks. Textbook publishers – and teachers – often tried to frame caste in ways that make sense – or seem similar – to them, without realizing that those comparisons are laden with oversimplifications, inaccuracies, and misunderstandings. It’s also why many Hindus, particularly those of Indian descent, have visceral reactions to mainstream depictions of caste, especially when it’s linked to Hindu theology or made to seem like a static classification system from thousands of years ago.

Here’s a more nuanced explanation of how we got here. Thousands of years ago, the Vedas – the foundational texts upon which much of Hindu philosophy and early practice is based – idealized a well-functioning society based upon the contributions of four temperaments known as varnas (similar to Carl Jung’s theory of psychological types). This was embodied in the Purusha Sukta of the Rig Veda, in which the four components of society stem from the body of the Divine.

Critics of Hinduism point to this verse as evidence of Hinduism’s hierarchical intent:

From his mouth came forth the Brahmins

And of his arms were Rajanya made

From his thighs came the Vaishyas

And his feet gave birth to Sudras.

Yet when the verse is read in full, which also specify the rest of creation including the earth and four directions, the sun and moon, and fire and wind being of the Divine’s body, an entirely different meaning takes place:

Of his mind, the Moon is born

Of his eyes, the shining Sun

from his mouth, Indra and Agni,

And of his life-breath, Vayu

Space unfolds from his navel

The sky well formed from his head

From His feet, the earth and His ears the Quarters

Thus they thought up all the worlds.

Of course, different theological positions can interpret virtually anything from scriptures, and there have been Hindus who have used scriptures to justify a more hierarchical view of caste. But for every one of them, there are countless more who argue just the opposite, including Mahatma Gandhi, who noted that caste discrimination went against the very moral fiber of Hindu teachings. Gandhi’s position is backed up by historical evidence that suggests that the varnas were not birth based and rigid, and that social mobility occurred far more frequently in the Vedic period and into the common era than what many believe.

It was during the common era when a complex ordering of society known as the jatis appeared, and over time they became entwined with the idea of varnas. Jatis were social classes based on one’s occupation, had no connection to any religious texts or scriptures, and slowly emerged as the dominant means of social classification in the Indian subcontinent. Most historians note that jatis had become a way of life for Indian society by the 6th or 7th century, which is around the same time many historians note as the first presence of a group outside of the jati system once known as the untouchables, now known as Dalits.

Varnas and jatis began to snake around one another, and many believe that by the time the Europeans had colonized the Indian subcontinent, the two social classifications merged into one. But “caste” also became a convenient term for many types of social interactions, some more rigid and orthodox than others. Marriage rules, endogamy, and gender roles became subsumed under one’s social class, while one’s jati soon became intertwined into the behavior and norms of Hindu society — something well chronicled by historians and accounts from earlier periods. However, the twist is that what became “caste” wasn’t just internalized by Hindus, but non-Hindus as well. Moreover, as Karla Hoff and others note, the typology of caste fit very uneasily in a society where complex rules – both spoken and unspoken – made for powerful social cues. This is likely why the British sought to codify caste rather than really try to understand it. The results of such an approach have lingered past colonialism into the modern era. By formalizing something, you render it legitimate in your own perspective, but obliterate what is beyond your understanding. In his critically acclaimed book, Beyond Caste, historian Sumit Guha notes that caste became an important arbiter for different groups across the subcontinent, ranging from Muslims in Pakistan to Buddhists in Sri Lanka. And when applied beyond South Asia, caste systems have existed throughout history into the modern era. If you’re a child of a coal miner in West Virginia, a fisherman in Bangladesh, an oil rig worker in Texas, or a rabbi in Tel Aviv, what are you most likely going to be? Or, more tellingly, what is the life you’re most likely bound to?

When distilled, caste – and casteism – speaks broadly to the daily interactions, prejudices, norms, and expectations that dominate groups and subgroups in the Indian subcontinent and the rest of the world.

Guha suggests “that we stop looking at the many different classifications in human society and instead focus on what is common to tribes, ethnic groups, racial groups, and castes: they are “bounded communities” and they all distinguish their members from those of other communities or ethnic groups. Understanding begins by looking at how membership is decided: who gets in the club? Who is kicked out? Clubs admit members on many different criteria – what is important is that they all have ‘boundaries’ determined by rules of membership.”

That’s an important way to look at it. The social divisions created in every society, whether created or regulated within groups or made and enforced by the state, are a result of very complex negotiations over who belongs and who doesn’t. In this regard, the West’s interactions with South Asia, informed by their constructed views of modernity, created a caricature of what “caste” actually is in the Indian subcontinent. While such a framing doesn’t take Hindus off the hook for the often hierarchical and discriminatory actions under the banner of casteism, it gives teachers a powerful tool to understand the connections, divergences, and complexities of any society’s practices and its idealized theologies. Discrimination or violence of any kind can be justified with scripture. But Hinduism’s critics have consistently cherry-picked parts of scripture they believe uphold their arguments. As such, it strips the idea of caste of its complexity, absolves non-Hindu South Asians of their own caste distinctions and casteisms, and eliminates nuance.

For teachers, the ultimate challenge will be to explain caste as a subject while navigating through its history, which includes many twists and turns. But explaining caste as an evolving social and cultural reality rather than as an abstract and absolute form of social classification is necessary. It gives students – and teachers – a better understanding of the vast gray area existing for centuries, and why teaching any subject as black-and-white oversimplifies history and undermines our efforts at learning and inquiring.